By newsroom on July 3, 2018Comments Off on Recipe Launches ‘Pride Loves Pride’ Campaign for Fuller’s in the UK

London Pride Unfiltered, the craft keg beer from London-brewer Fuller’s, is showing its support for Pride in London on 7 July 2018 by becoming the parade’s official beer partner. The move is supported with a Pride themed campaign and bespoke iconic branding around London Pride Unfiltered as well as an increased presence on social media, in tube stations and with promotions and specially-designed point of sale in Fuller’s pubs along the route.

Pride in London aims to provide a platform for every part of London’s LGBT+ community. It seeks to raise awareness of issues, and campaigns for freedoms that will allow all people, regardless of gender or sexual orientation, to live their lives on a genuinely equal footing. 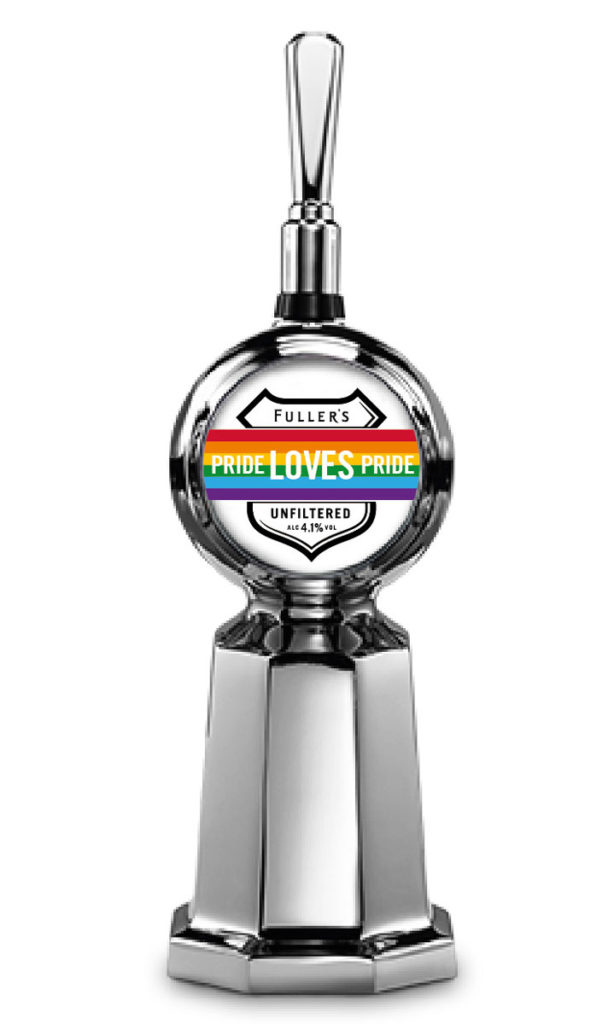 The Fuller’s pubs in and around the route include The Iron Duke, The Jack Horner, The Ship in Wardour Street, The Red Lion Mayfair, The Sun & 13 Cantons, The Lamb and Flag, The Roundhouse, and The Admiralty.

The partnership is also being marked with an imaginative outdoor campaign including side by side 48 sheet cross track posters at Oxford Circus with the messages “You wait hundreds of years to see a gay beer ad” on the first, and “And then two come along” on the second. The campaign will also include an up-weighted social media presence with posts including “Born this way” and “You won’t catch us coming out for a day – we’re London Pride 365 days a year.”

To encourage the party atmosphere during the Parade, brand ambassadors will be handing out two-part vouchers that can be exchanged, if both parts are present, for two pints of lovely cold London Pride Unfiltered.

This campaign was created by London based advertising agency Recipe.

Matt Waller, creative director at Recipe said: “London Pride Unfiltered and Pride in London are the perfect partnership, (if you don’t believe us just Google London Pride.) London Pride Unfiltered is a young and vibrant brand reaching out to an audience that has often been overlooked by traditional brewers. The ‘Pride Loves Pride’ campaign creates loads of opportunities to join in and support the ongoing efforts of Pride in London. We hope this is just the start of a long and fruitful relationship. For too long beer advertising has been peddling outdated ideas of the male beer drinker and their views. The best way set the record straight is to lampoon it.” 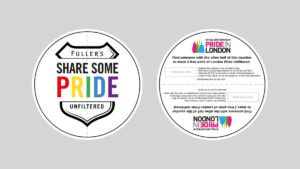 Jane Jones, Director of Marketing at Fuller’s, said: “Pride in London is a great fit for Pride, but it doesn’t just share the same name; we share the same values of authenticity and independence, being a long-standing part of the fabric of London’s rich and varied culture since 1959.  The Pride in London Parade is as revered as our beer and this link allows us to bring these two icons together, leading to a perfect partnership.”

While most keg beers are filtered and pasteurised, London Pride Unfiltered is brewed using minimal processes, to retain as much of its natural flavour as possible. It is brewed to the same recipe as London Pride Original and dry hopped for added character.

Recipe Launches ‘Pride Loves Pride’ Campaign for Fuller’s in the UK added by newsroom on July 3, 2018
View all posts by newsroom →