By newsroom on December 14, 2017Comments Off on Scarecrow’s new sensorial campaign for Radio City pays tribute to the unsung connoisseurs of the city

Radio City is the pioneer of FM in India. For the longest time they have observed and experienced the nuances of the city. Undoubtedly, Radio City and their listeners both have been living and experiencing the city in the truest form.

To capture this passion, in 2016, Scarecrow Communication crafted the positioning “Rag rag mein daude city”. And now in 2017, they decided to take this thought to the next level. The new campaign tells us that if a city runs through our veins, then we can see and experience the city even with our eyes closed. The film Taxi Driver, is based on this emotion. To make this idea more experiential, the thought will be adapted in Print, On-Air, digital and on-ground. 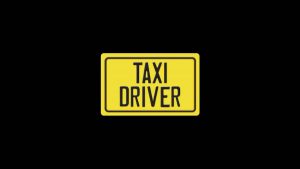 Commenting on the launch of the brand campaign, Mr. Abraham Thomas, CEO, Radio City said, â€œThe new brand campaign is an attempt to highlight the power of radio as an experiential medium building a very strong imagery in the minds of the consumer. The campaign also showcases that radio is a theatre of the mind that transcends beyond being just a mere audio medium. The campaign seamlessly resonates what our brand stands for and we are hopeful that it will further help drive synergies in every city we are present in.â€

City connoisseurs can be anyone – a dabbawaala, a postman, or even a food delivery guy. In this film, the story is about a taxi driver of Mumbai. The protagonistâ€™s role is played by Mr. Surendra Rajan, the incredible actor who immortalised the dialogue “Bas kar pagle rulayega kya” in Munnabhai MBBS. He has also worked in memorable ads like Hostel |Holi (Eye bank Association of India) and Respect the National Anthem.

The film starts with the taxi driver being put to test by two youngsters. He is blindfolded and taken to one of the most nostalgic lanes of Mumbai. Just using his other senses he guesses the place. The script is a journey that takes us to places that have been the most cultural parts of the city. Powerful performance by Mr. Rajan, documentary-style cinematography, blend of Arabic, western classical, and Indian music, and an honest script makes this film a treat for all senses. The Azaan at the end of the film creates a heart wrenching moment in the film. 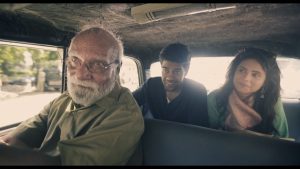 To make the film more honest, team Scarecrow took a taxi and actually travelled through the lanes and consumed the cultural nuances. From jalebi to itr, everything about the film has come from their real experience. The screenplay and dialogues were written there itself.

The guerrilla shoot and the documentary style of capturing were figured by the director Tathagata Singha and the DOP, Sylvester, there itself.

Commenting on this process, Manish Bhatt, Founder Director, Scarecrow Communications said, â€œIt was really a goosebumpy experience for me and my team to write the story of a storyteller who can impeccably describe our city with his eyes closed and yet manages to evoke all our senses. Especially the story for a brand which entertains all our citizens without using visuals for almost two decades.â€

Scarecrow’s new sensorial campaign for Radio City pays tribute to the unsung connoisseurs of the city added by newsroom on December 14, 2017
View all posts by newsroom →