By newsroom on January 27, 2014Comments Off on Sky launches free YouTube channel as part of entertainment push 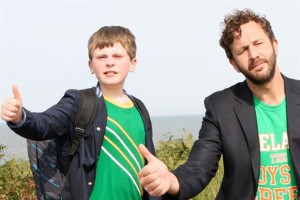 BSkyB is launching a YouTube channel that will broadcast whole episodes from some of its most high-profile series, as part of the company’s biggest ever push for its entertainment programming.

When it launches on Saturday 1 February, the Sky First Episodes channel will host episodes from ‘Moone Boy’ starring Chris O’Dowd, ‘The Tunnel’ (the adapted version of ‘The Bridge’) and ‘Moonfleet’ starring Ray Winstone.

Sky claims the campaign is the biggest it has ever launched in support of its entertainment channels, which include Sky1, Sky Atlantic, Sky Arts and Sky Living.

Naomi Gibney, the director of entertainment, marketing and digital at Sky, said: “We’re passionate about delivering truly great TV and the best way of demonstrating this is to give people the opportunity to enjoy the shows for themselves.

“The combination of Sky First Episodes and a TV campaign featuring entire clips from our biggest and best series means that now everyone has the chance to sample Sky shows.”

Sky launches free YouTube channel as part of entertainment push added by newsroom on January 27, 2014
View all posts by newsroom →