By newsroom on January 7, 2014Comments Off on Steve Burden Joins Taxi Studio as Creative Director 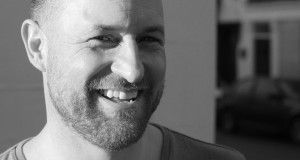 Following a period of tremendous growth and exciting opportunity, 2014 promises to be another big year for Taxi Studio, starting with the arrival of new Creative Director Steve Burden in January. Steve has consulted all over the world for major players including WPP, Fitch and Interbrand for brands such as Vodafone, BP, Harrods and Qatar Airways.

Steve’s appointment forms part of Taxi’s ambition to build on their world-class reputation by broadening the agency’s creative footprint into exciting new areas, blurring the lines between the worlds of design, branding, digital and experiential.

Chief Creative Officer & Founder Spencer Buck said: “Handing over the creative reins is not a decision Co-Creative Officer Ryan or I took lightly. Taxi’s fearless reputation has been something we’ve carefully nurtured for well over a decade, so for 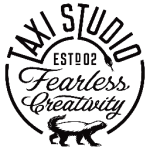 us to have the confidence to pass the Buck (pun intended), we needed to meet someone who not only shares our vision for Taxi, but can uphold and evolve our creative output. We can now focus on taking Taxi to another level in terms of creativity but also diversity – the diversity that was the engine room of the business when we first started out.”

“Fearless Creativity – what a mantra – who wouldn’t want to work for a company that continually puts this into practice and affords you the liberty to pursue it at all costs?” Steve enthused. “It was a no-brainer to join Taxi based upon this ethos – an ethos that underpins an award-winning team that I have the pleasure of developing, growing and working with.”

Brian Mansfield, MD and Strategy Director said: “The last few years have been stellar for Taxi as our fearless approach to creativity increasingly resonates with existing and new clients alike. As important as Steve’s impressive credentials is his enthusiasm and fit with our culture, which we hold sacrosanct at Taxi. He’s a top bloke, a great creative leader, mentor and someone the team have instantly gravitated towards. 2014 is going to be
immense for us!”