By newsroom on September 6, 2018Comments Off on WaterAid uses VR to transport supporters round the world

WaterAid has launched a new Virtual Reality (VR) film, which has used the increasing accessibility of 360 filming technology to improve its authenticity and bring supporters closer to the charity’s work around the world. 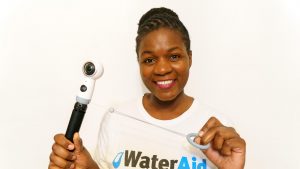 Everyday WaterAid was created as an educational tool to provide a flavour of some of the 28 countries WaterAid works in, transporting viewers to Madagascar, Pakistan, Bangladesh, and Zambia.

In the film, which was supported by players of People’s Postcode Lottery, WaterAid staff from around the world show how their work can transform lives, as well as the challenges they face – from climate change, to rapid urbanisation, and behaviour change around hand washing. The five-year partnership with players of People’s Postcode Lottery has generated more than £9 million to date for WaterAid.

Since WaterAid produced its first Virtual Reality film Aftershock in 2015, filmed in Nepal after the country’s devastating earthquakes, technology has become cheaper, easier to use, and much less taxing in the editing suite. With barriers to filming and watching VR slowly being dismantled, the charity sector faces unprecedented ability to increase authenticity as it brings supporters even closer to the work. 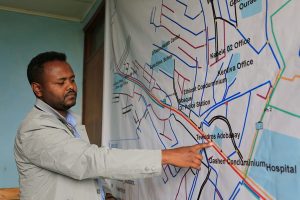 Film manager at WaterAid, Steve Melia, said: “Over the past two years, 360 filming has become significantly more affordable. When we shot our first VR film in 2016 we needed seven GoPros and loads of time stitching shots together. We were in Nepal and it was hot and dusty, which made the shoot technically challenging. And the post-production was expensive. Fast-forward two years to when we started filming Everyday WaterAid, and the technology had moved on significantly. Samsung released their 4k 360 degree cameras that stitch themselves and it’s opened up the filmmaking process. The Samsung cameras are a standard part of our kit now. They’ve opened up the filmmaking process and we’re getting 360 footage from remote places so we can report back to donors. We’re bringing people closer to our work, and that’s our job as communicators.” 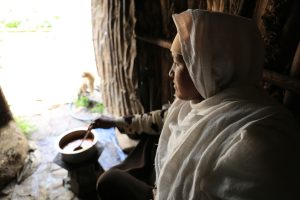 Ernest Randriarimalala, WaterAid communications officer in Madagascar, said: “When I started my job with WaterAid and was learning about photography and storytelling, I had no idea a few years later I would be behind a 360 degree camera as part of a Virtual Reality film. I didn’t even know what it was, I had to Google it! It was an amazing and exciting project, and one of the best in terms of challenge and creativity. Then there were the communities we had to explain it all to! They didn’t believe me when I told them what the camera would do, so I had to show them to prove it was real. Once everyone was on board and at ease with it, the filming went really well. I can see myself using this all the time. It’s so simple – all you need to do is press record, and I think it would be such an interesting tool for us to use regularly as you cannot hide anything – we are completely open and transparent.”

Everyday WaterAid is available to watch online, and as a Virtual Reality experience through booking a WaterAid speaker, who can attend schools, community groups and company events for free.

WaterAid uses VR to transport supporters round the world added by newsroom on September 6, 2018
View all posts by newsroom →