By newsroom on October 11, 2018Comments Off on Wavemaker Take Over 1Rebel in Support of Young Minds on World Mental Health Day 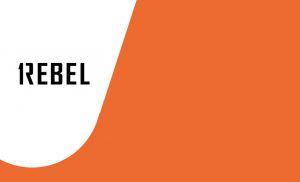 Media, Content and Technology agency Wavemaker, are partnering with 12 media owners for a one-day takeover of 1Rebel Southbank, offering a schedule of exclusive classes for staff and showcasing their ongoing commitment to promoting the importance of mental health amongst young people.

Media Owners including DMG, JC Decaux, Twitter, DCM, Blis, Outdoor Plus, Ocean, Hearst, Mobsta, ESI, Facebook and Telegraph are each sponsoring a different 1Rebel signature class throughout the day. Classes are open for anyone at Wavemaker to attend and donations will be collected to raise money for Young Minds. Based in the local SE1 community, Young Minds is the UK’s leading charity fighting for children and young people’s mental health. 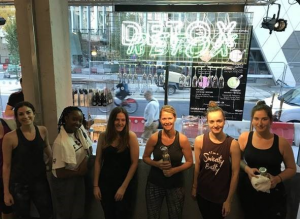 This collaborative charity project has been launched as part of Wavemaker’s wider CSR commitment. The project was part of the agency’s recently launched ‘Fundwave’ initiative which sees a small team of randomly selected Wavemakers join forces to work together with local businesses and partners to raise money for charity. Megan Baynes, Alex Kenzie and Francesca Leech are the first to have been selected and are behind this partnership with 1Rebel to raise money for Young Minds

Wavemaker’s Digital Director, Sophie Strong, who lead’s Wavemaker’s charity initiatives say’s “The 1Rebel takeover is an excellent example of how collaborating is at the heart of everything we do. In fact, it’s right there in the middle of our PACED values. We’ll be doing a new Fundwave event each quarter and are so pleased to see the first one kick off with such ambition and drive.”

Wavemaker Take Over 1Rebel in Support of Young Minds on World Mental Health Day added by newsroom on October 11, 2018
View all posts by newsroom →