By newsroom on November 27, 2017Comments Off on Above+Beyond and Betway celebrate the ‘Love of the Game’ in new spots

Betway, the global online betting company, has launched the second of two new episodes under its â€œFor the Love of the Gameâ€ platform, taking inspiration from the golden age of cinema. 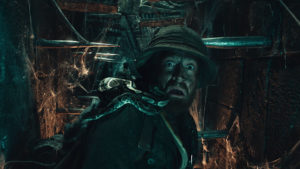 â€˜Templeâ€™ follows â€˜Lairâ€™ in dramatising the â€˜For the Love of the Gameâ€™ campaign thought, that when the gameâ€™s on everything else is a mere distraction. To quote the late great Bill Shankly, â€œFootballâ€™s not a matter of life and death. Itâ€™s far more serious than thatâ€.

Both episodes were produced using Above+Beyondâ€™s Modular approach. With Modular, multiple storyline variants are tightly plotted and shot to create a highly flexible, rapidly deployable, toolkit that can be combined to create a large number of distinct narratives and different communication needs throughout a campaign’s lifecycle. The technique also allows the brand to work at the cutting edge of real time advertising and collaborate with broadcasters to display real time betting odds. 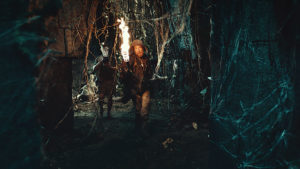 The campaign was delivered by some of the leading talent in the filmmaking world. Hanna Maria Heidrich, the director of the ads, is one of the hottest directors breaking into the UK, following her work on acclaimed campaigns for Trivago and Stella Artois.

Tim Maurice-Jones, the director of photography, was Guy Ritchieâ€™s DOP on films including Sherlock Holmes and Snatch, as well as Kick-Ass 2 and The Woman In Black. Marketa Korinkova, the set designer on Casino Royale and The Chronicles of Narnia among others, used techniques honed on Hollywood sets to create the â€˜Templeâ€™ and â€˜Lairâ€™ interiors in the Betway films.

Continuing the â€œGolden Age of Hollywoodâ€ theme, the special effects were largely shot â€œin cameraâ€ rather than relying on Computer Graphics, to give scale and physicality to the action. 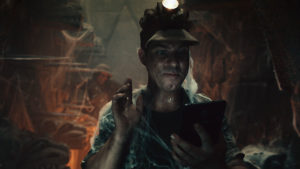 Anthony Werkman, Marketing and Operations Director at Betway, said: â€œAfter a very successful campaign with â€˜For the Love of the Gameâ€™, itâ€™s great to be continuing our work with Above+Beyond and our latest ad is very exciting. Weâ€™ve brought in an extremely talented and very select group of individuals to work on this latest campaign and weâ€™re delighted with the outcome.â€

David Billing, the Executive Creative Director at Above+Beyond, said: â€œFor this second year of â€˜For The Love Of The Gameâ€™, it really feels like the dream team has come together. We were hugely lucky to happen on Hanna Maria just as sheâ€™s landing some big projects in the UK. And we were blessed with the quality of the team around her. Weâ€™ve had another year to live with the characters and explore the cinematic worlds they can inhabit, and it feels like itâ€™s paid off with the most visually ambitious, funny and engaging campaign weâ€™ve created for Betway yet.â€

Above+Beyond and Betway celebrate the ‘Love of the Game’ in new spots added by newsroom on November 27, 2017
View all posts by newsroom →