By newsroom on August 8, 2017Comments Off on Four in every five car buyers open to using video to support purchase 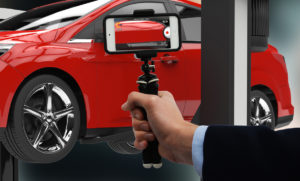 The scale of the car-buying audience who is open to using video to support their purchase decisions now represents 80% of in-market consumers, according to the latest research from automotive video expert, CitNOW.

The move towards a remote but personalised car-buying experience, powered by video technology, is now being fuelled by this consumer appetite.

In a survey of UK motorists, almost three quarters (74%) of respondents said that video makes them feel more confident when making a purchase, while one in five motorists have proactively used video to support the purchase of a car in the last 12 months alone.

In a marketplace previously reliant upon face-to-face contact, nearly half (45%) of the respondents said they would definitely value video as a means of viewing prospective purchases, while a further 35% of respondents who had not yet accessed personalised videos were open to trying out video technology – bringing the total potential audience for personalised video up to four out of every five buyers.

Of those who have completed a recent car purchase, approximately one third had interacted with dealer-produced video rather than more traditional methods of contact. More than one in 10 of those (12%) had specifically demanded that their dealer send them a video of the car before they made their decision.

Video now plays a part in every stage of the car buying process, even before communication begins with the dealer. Over 70% of consumers refer to video content as part of their car-buying research and half of those surveyed said that an online video tour of a car was the most important element of an online car advert.

With 36 motor manufacturers worldwide actively using video to communicate with their customers, the car industry is keeping pace with consumer appetite for a bespoke motoring experience, following a record year of car sales in 2016.

“Society is increasingly time-poor, which means that spending an entire morning or afternoon in a car dealership is increasingly hard to do for many buyers,” said Alistair Horsburgh, CEO of CitNOW

“Customers have now got the opportunity to bring the dealership to their homes, wherever they may be, to view cars at the time of their choosing. The videos are short, but customers can gather all that they need to know in 60 seconds, giving the right information to decide whether to go in for a closer look or test drive. Buying a car and maintaining it remains the second largest item that most purchasers will fund in their lifetime and, as such, rely firmly upon their relationship with the people who are selling them both the car and the ongoing commitment of maintaining it.”

Four in every five car buyers open to using video to support purchase added by newsroom on August 8, 2017
View all posts by newsroom →