By newsroom on November 15, 2018Comments Off on GOOD Agency have created an exciting new product for International disaster charity, ShelterBox 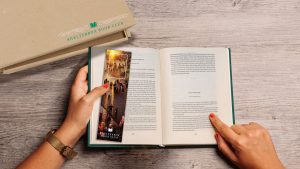 ShelterBox specialises in emergency shelter for families around the world who have lost everything in natural disasters and conflict. They have always relied heavily on supporters and volunteers to ensure their work has real impact. But, with the recent rise in distrust for international aid charities as well as a crowded marketplace, engaging long term loyal supporters in a meaningful way has become even more of a challenge.

GOOD Agency have been working with ShelterBox to find a creative solution to this problem. Introducing Book Club. The only one of its kind in the UK, it lets you immerse yourself in incredible stories of cultures and characters from around the world, whilst helping real disaster-hit families rebuild their lives.

The first charity book club subscription service, it uses themes, characters and stories that are related to the places and people who have been helped by ShelterBoxâ€™s disaster relief work. For Â£10 a month, members will be able to vote on, and receive, a book each month. But members will also have access to an online platform where theyâ€™ll receive special content, video chats and have the chance to post thoughts and reviews with fellow members, as they read along with ShelterBox staff and emergency response team members. 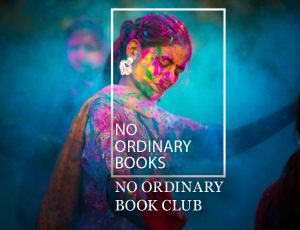 Barney Cockerell, creative director of GOOD Agency, commented: â€œIncreasingly weâ€™re seeing a desire for more meaningful connections; whether itâ€™s knowing who made your t-shirt, or seeing exactly who youâ€™re helping with your charitable support. Book Club gives ShelterBox supporters a closer connection to the people their donation helps, and to other supporters who have the same values as themselves. And of course, it will provide ShelterBox with much-needed funds to continue their amazing work.â€

Robyn Cummins, ShelterBox Director of Fundraising and Communications said: â€œWe have always relied heavily on supporters and volunteers to ensure our work has real impact. But, with the recent rise in distrust for international aid charities as well as a crowded marketplace, engaging long term loyal supporters in a meaningful way has become even more of a challenge, which is where the Book Club can help us. The idea not only turns charity regular giving on its head, but will also bring our supporters closer to the people that they help. Itâ€™s wonderful to have the support of such star-studded book lovers. Weâ€™re really excited by our new Book Club as the first of its kind for a UK charity and feels like it is the start of something special. As you turn the pages of a great book, youâ€™ll be helping real families rebuild their lives. The more people who join, the more disaster hit families we can help.â€

GOOD Agency have created an exciting new product for International disaster charity, ShelterBox added by newsroom on November 15, 2018
View all posts by newsroom →