By newsroom on February 15, 2013Comments Off on Mary Lewis To Chair Packaging & Design Jury At The FAB Awards

A few weeks after naming Daniel Bonner as Jury President for the Advertising, Interactive and Digital categories, The FAB Awards have now revealed Mary Lewis as the Chair of the The Packaging & Design Jury for the 15th Annual FAB Awards. 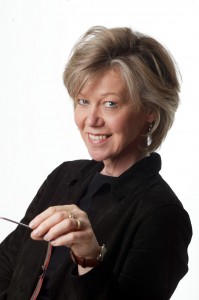 Mary is the Creative Director and founding partner of Lewis Moberly, which she formed in 1984 with Robert Moberly.

“Truly delighted to have Mary’s acceptance to act as Chair of the Juries. Mary Lewis is a living legend and chaired the very first FAB Awards, 15 years ago.”

Mary has been profiled in the Sunday Times and the Financial Times and is co author of Understanding Brands. In 2011 she received the Honorary Award for Creative Excellence at the Pentawards.

This year Mary was a Guest Speaker at the 25th anniversary of Luxe Pack in Monaco. Event organiser Maryvonne Lanteri said:

“Mary Lewis re-invented the wheel when it came to packaging design. Admired and respected by other industry professionals, Mary has received numerous awards during her career, and Lewis Moberly is the only company to hold both the top award for Creative Excellence and the top award for Commercial Effectiveness –the British Design and Art Direction Gold Award and the Design Business Association Design Effectiveness Grand Prix.”

Mary Lewis To Chair Packaging & Design Jury At The FAB Awards added by newsroom on February 15, 2013
View all posts by newsroom →