By newsroom on July 10, 2017Comments Off on Nature Valley Encourages the UK to Go Outdoors and Pick up their Tennis Rackets 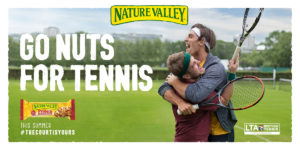 “The Court is Yours” campaign, created by London-based agency Space, aims to encourage greater participation at grassroots level whilst capitalising upon the recent revival in tennis, the country’s 2nd most followed sport, which has seen participation levels rise for the first time in 16 years.

‘The Court is Yours’ reflects Nature Valley’s shared ambition with British Tennis to inspire a more active nation through getting more people to play more tennis, more often, at their local park or club court, or even against a wall. 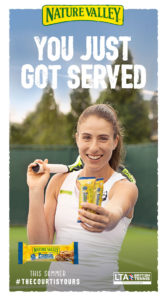 The campaign, a call to arms for players of all abilities to get outside in nature and give tennis a go, features a 60 second film which reflects the real, everyday side of tennis; the hits, the misses and mini-fist pumps. The campaign will also feature across OOH, shopper, brand experience and social media.

Nature Valley has also recently signed Johanna Konta, British women’s #1 player and world top 10, popularly known as ‘JoKo’, as its first ever UK brand ambassador. She will feature prominently in the campaign across print, in-store shopper offering exclusive money-can’t buy coaching clinics, and social media channels which will also help people find where they can play tennis locally, for free.

The campaign will also mark the launch the new Nature Valley Coconut and Almond flavour Protein bar, a flavour combination voted for by British Tennis fans to be the latest addition to the highly successful Protein range. The new bar will be sampled at LTA events throughout the year, where visitors will be able to attempt to return a virtual serve from Johanna Konta to win tickets to major tennis events like the ATP Finals at O2 London. 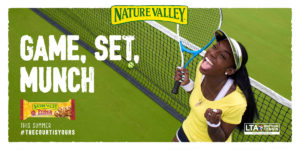 Arjoon Bose, Northern Europe Lead for the Snacking Business Unit, said: “As a brand, Nature Valley is all about encouraging people to make the most of going out in nature and being active. ‘The Court is Yours’ celebrates our connection with British Tennis at a time when it is looking really exciting with great young players and role models like our ambassador Johanna Konta. Our aim is to encourage everyone to have a go at one of our great national sports, no matter their level. We want to move people from watching to playing and step change the perception of a sport that is considered aspirational to accessible. This summer, we are saying every surface is a court and it has your name on it.” 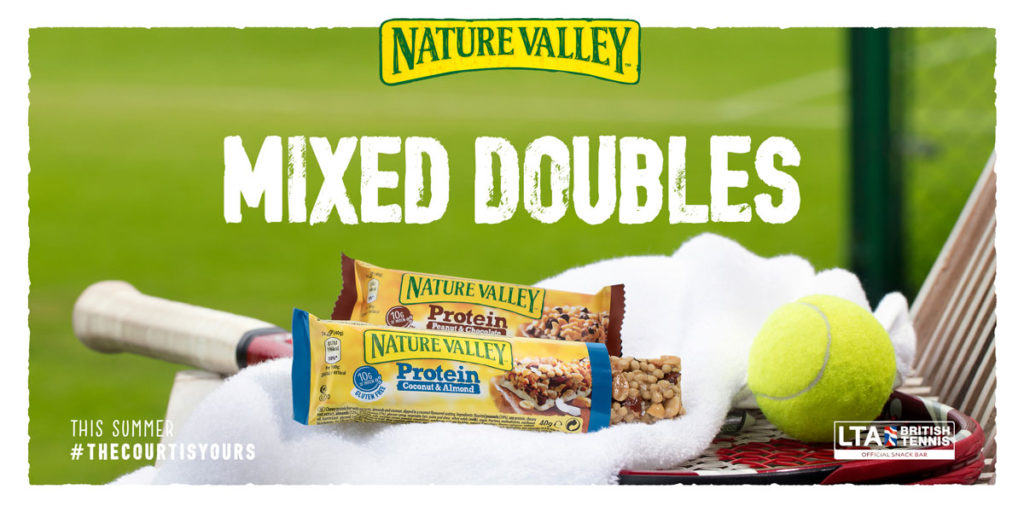 David Atkinson, Managing Partner, Space added: “Space is proud to be working with Nature Valley and its collaborators to build this initiative to get more people playing tennis. The Court is Yours shows how inclusive tennis truly is and Nature Valley wanted to champion this democratization.”

Nature Valley Encourages the UK to Go Outdoors and Pick up their Tennis Rackets added by newsroom on July 10, 2017
View all posts by newsroom →