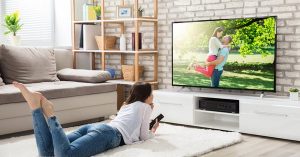 International TV channels (i.e. those that are broadcast beyond national borders) have been long recognised by high-end brands as a powerful way to reach affluent shoppers and business leaders. However, GlobalWebIndex’s study shows that the characteristics and attitudes of frequent viewers

of international TV are not dependent on income – suggesting that the desire to watch international TV is driven by a state of mind rather than income levels alone as previously thought. Frequent viewers display similar behaviours irrespective of income and look very different to non-viewers.

Sonia Marguin, Chair of the inTV Group and Head of Research at Euronews said: “This research has been eye-opening. While international TV channels will always remain a valuable source of affluent consumers for upscale brands, we can now see that there is also huge potential for other premium brands who are looking for highly active consumers, but who had seen international TV channels as the bastion for top-end luxury brands before.”

The full report can be found here. The key findings were:

1) They are more career-orientated and aspirational: Frequent viewers of international TV channels are a driven audience, with 65% saying they’re career orientated compared to 36% of non-viewers. They are significantly more likely to fall into the ‘Aspirational’ segment which encompasses those who think money is a good measure of success and who push themselves to be the best they can in life.

4) Frequent viewers are more engaged with all media, especially social: As well as TV, frequent viewers consume more social media, radio, music streaming, online TV, online press and print than their non-viewer counterparts. What’s particularly interesting for advertisers is that frequent viewers are more purpose-driven when they engage with media channels – for example, they are less likely than non-viewers to simply log into Facebook without posting or commenting; they are active participators.