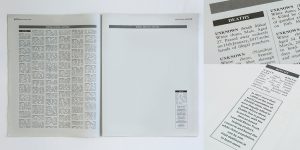 ROTHCO reframes the traditional ‘Birth, Deaths & Notices’ section of an Irish National newspaper to highlight Africa’s threatened white rhino population at the hands of illegal poachers. In collaboration with Dublin Zoo, the print campaign was sparked by the birth of a rhinoceros calf at the zoo and evolved to illuminate the startling contrast between the birth and death rates of the threatened species. 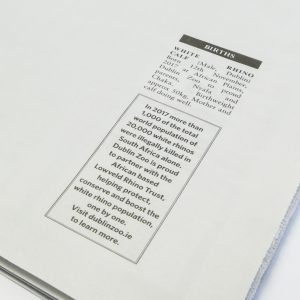 The touching ad subverts readers’ expectations by framing the killings of white rhinos in the context of the Births, Deaths & Notices section found in newspapers.

Orchestrated by creative agency ROTHCO, the segment, which is traditionally found at the end of newspapers, was moved to the front few pages. A solemn contrast is made as one page, filled with entries detailing the deaths of the mammals caused by poachers, sits next to a sparse-looking page of births. On this page, is the single entry of the rhinoceros calf welcomed by Dublin Zoo in late 2017.

To showcase the importance of the baby rhino’s birth, ROTHCO accelerated the celebration by conceptualising the campaign as a means for, not only showcasing Dublin Zoo’s conservation and protection efforts of the threatened species, but by cleverly transforming the occasion into a powerful force for awareness raising. 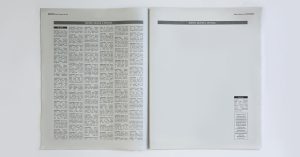 A sad estimate of just 20,000 white rhinos exist in the wild worldwide. Since 2008, the species has been under threat as the animals are poached for their horns. The ad serves to highlight the urgent need for the conservation and protection of rhinos. 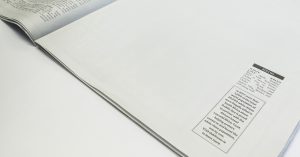 Leo Oosterweghel, Director of Dublin Zoo adds: “A powerful and brilliant concept to turn statistics into individual animals telling their story. When I saw it, it made me sit up straight and think!”