By newsroom on October 21, 2017Comments Off on SILVER at MMA Smarties for Out There Media and MediaCom with ‘micro-targeting at scale’ for P&G’s Pantene campaign in Indonesia

Out There Media  and MediaCom  have been awarded a Silver at MMA – Mobile Marketing Association’s Smarties Awards in Indonesia for their P&G Indonesia’s Pantene campaign.

Commenting on their win:

Berlian Dewirani, P&G Indonesia’s Media Manager said “It is a pleasure to work with MediaCom and OTM who have true business and consumer understanding so that we are able to crack a new model in reaching them effectively. We are happy to be the first movers in this capability and ready to lead on more and newer capabilities”.

Kerstin Trikalitis, CEO of Out There Media said  “Our “micro targeting at scale approach” paid off: We reached 25 million users, in a highly targeted manner that made us achieve 31 times better results compared to industry benchmarks. We are delighted with this recognition.”

Arindam Bhattacharyya, Head of Strategy, MediaCom Indonesia: “We are proud to pioneer & champion the re-engineered thinking of mobile targeting. To leverage scale and yet be ‘grounded’ and ‘fundamentally consumer centric’ in the way we engage with our audiences. 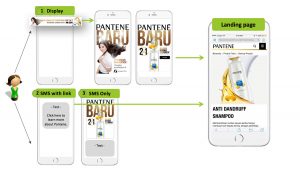 For the launch of its new Pantene Anti Dandruff Shampoo for women in Indonesia, Procter & Gamble’s (P&G) campaign objective was to reach and engage with all female customers between the ages of 15-55 years. The customers needed to come from across all rural and urban areas, as well as all “secondary cities and urban agglomerates in provinces, who use every possible type of handsets, across various channels and come from every socio-economic classes as well.

To deliver the campaign P&G tasked MediaCom and mobile advertising specialist Out There Media(OTM), who decided to achieve this by “micro-targeting at scale”.

“The strategy was to communicate in a way that is equally enticing for each and every particular segment and segment combinations. In markets like Indonesia, with a smartphone penetration of merely 20% and a large rural population, the success lies in adapting creatives and language to the specific user, using “micro-targeting at scale”, with the right message to the right person, at the right time and place,” revealed OTM in their release. 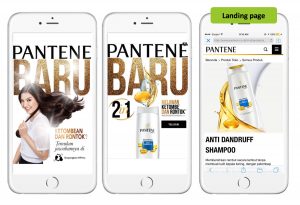 The mobile advertising and data monetisation firm, executed this strategy in three steps:

As a consequence, each and every user was engaged in a way that was most “familiar” and “enticing” to them, speaking their language depending on handset, area, ARPU, habits – as opposed to a one size fits all or a smartphone-only approach. 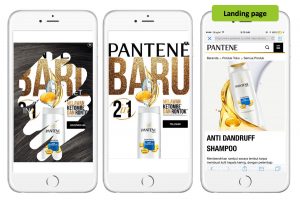 Additionally, all creatives were ‘zero rated’, which means that any interaction with the message/ad would not eat into people’s data plan, in a market where internet connectivity is not yet present and people do not have an “all you can eat data plan.” Video experience in consumer usage is also not uniform as Indonesia has innate challenge on Bandwidth issue.

“This might not be important in markets like the US or Western Europe, where people are predominantly on unlimited data plans but it surely matters in markets like Indonesia. A good marketer (like P&G) would not want to have their users “pay” for interaction with their brand,” said OTM.

The campaign reached over 25 million users with this micro targeted approach, with 31 times higher performance in terms of engagement and response rates than industry comparables.

SILVER at MMA Smarties for Out There Media and MediaCom with ‘micro-targeting at scale’ for P&G’s Pantene campaign in Indonesia added by newsroom on October 21, 2017
View all posts by newsroom →