By newsroom on February 1, 2016Comments Off on Star Wars helps Disney steal most powerful brand crown from Lego 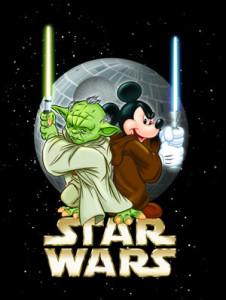 The reboot of Star Wars has propelled Disney into top spot of the world’s most powerful brands league table.

Disney beat Lego and L’Oreal to second and third place respectively due to the box office success of the new Star Wars film, according to strategy consultancy Brand Finance.

Star Wars Episode VII ‘The Force Awakens’ is the first film to be released since Disney acquired the franchise and based on its total box office gross of almost $2bn it is Disney’s most successful film. Star Wars toys have generated an additional $700m for Disney.

Lego was ranked as the most powerful brand in last year’s table, but was knocked off the top spot by a series of controversies that have damaged its wholesome image.

Brand Finance also puts together a league table of the most valuable brands. Apple came out on top of this table as its value increased 14% thanks to the success of the iPhone 6.