By newsroom on January 29, 2018Comments Off on String and Tins Record a Charming Love Song from the EU to the UK for Ancestry

Ancestry launch ‘Together Forever’, an uplifting new commercial to promote their AncestryDNA test for genealogy. Created by Droga5 with music produced and recorded by String and Tins, the commercial sees people from across Europe singing their hearts out to eighties track Together Forever. It turns out that most of us have European DNA. 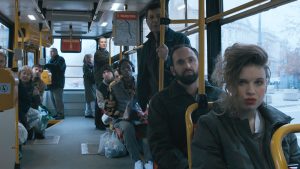 The track features the voices of real people from different European countries. We see characters based in settings typically associated with the countries they’re located in, including an Italian grandmother in her kitchen and Irish rugby players, as they belt out the song. The amalgamation of characterful accents shine through in the harmonies of the song, giving a sense of charm and charisma for each of the home countries. The commercial closes as all of the voices sing together with the addition of instruments recorded by The City of Prague Philharmonic Orchestra. 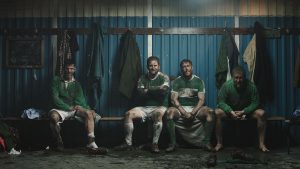 Droga5 brought sound design and music production studio, String and Tins, on board to record the smorgasbord of European singers and the orchestra. Mike Bamford, Director at String and Tins was on set in each of the locations to oversee the vocal recordings.

To ensure that the audio recordings authentically captured the character of each singer, all of the singers were recorded on location. Mike comments: “I oversaw the vocal performances of the actors to make sure the audio was captured in a way that would edit together naturally. In a world where Automated Dialog Replacement is readily available, it would have been possible to redo it all in post, but there’s something much more real about the recordings we captured on set.” 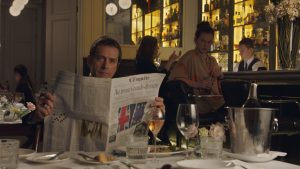 Directing a cast of untrained singers meant several approaches had to be taken to make the song coherent to the many different dialects. Mike comments: “Not everyone was familiar with the eighties track which is more famous in the UK than Europe, so we had a full day of vocal coaching to run through the lyrics. In a few cases, the actors weren’t English speakers at all and I had to direct them through translators. The Italian grandmother, one of the most charming people on the shoot, had her husband write out the lyrics in Italian phonetics for her to learn.”

‘Together Forever’ airs on 29th January and will run on TV & Online.

String and Tins Record a Charming Love Song from the EU to the UK for Ancestry added by newsroom on January 29, 2018
View all posts by newsroom →