By newsroom on December 18, 2017Comments Off on The Jo Cox Foundation teams with St. Luke’s to unveil #MincePieMoments Christmas film

The Jo Cox Foundation launches a new film from 18 December to support #MincePieMoments. The initiative, to combat loneliness by encouraging people to meet, chat and share a mince-pie, is part of the Great (Christmas) Get Together. 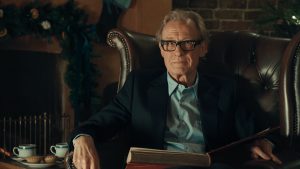 The new heart-warming film sees Bill Nighy in a traditional atmospheric Christmas scene, in front of a crackling log fire with tea and mince-pies, settling down to read the “Tale of the Lonesome Pie” from a vintage storybook.

Nighy narrates the seasonal story of a sociable mince-pie, let’s call him Si. Si is accidentally parted from his family of 12 festive folk, lost, found, goes on a journey, makes a new friend and helps brighten someone else’s day; to become the happiest pie on the street.

The 180-second film, which was created and written by St. Luke’s, will be screened exclusively at the historic Regent Street Cinema at 6.30pm on 18 December and will appear as a pre-roll to every film screening in December 2017, including It’s a Wonderful Life, Laurel and Hardy, A Disney’s Christmas Carol and Blade Runner 2049. Additionally the “Tale of the Lonesome Pie” film will appear across Jo Cox Foundation social channels. 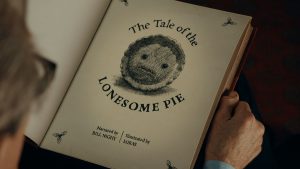 Richard Denney, Executive Creative Director at St. Luke’s said “Loneliness can be resolved with a little time and kindness, which doesn’t cost a thing. Hopefully our film will get people thinking about this widespread problem and, more importantly, do something about it.”

Iona Lawrence, Director of The Jo Cox Foundation added, “Loneliness can affect anyone – and a mince pie and a chat can make all the difference. We’re really grateful to Bill Nighy and St Luke’s for their support, and hope this wonderful story encourages more people to take part in #MincePieMoments this Christmas.”

Ed Palmer, Managing Director at St Luke’s commented “We’re delighted to be working with the Jo Cox Foundation to create the Tale of the Lonesome Pie, and encourage us all to share a #MincePieMoment with anyone who could use a bit of company this Christmas.”

The Jo Cox Foundation teams with St. Luke’s to unveil #MincePieMoments Christmas film added by newsroom on December 18, 2017
View all posts by newsroom →