By newsroom on June 28, 2018Comments Off on Two-thirds of older Brits feel they are stereotyped in advertising, according to UM 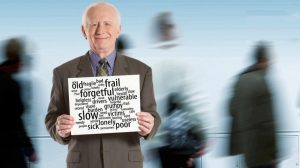 Research unveiled has revealed the extent to which the advertising and media sectors are frustrating the UK’s ageing population. More than two-thirds (68%) of those aged over 65 believe that ads often show stereotyped versions of people their age – which could be why almost as many (63%) think they face negative and harmful stereotypes across society at large.

The survey of 2,000 Brits was carried out by media agency UM as part of UK by UM, its ongoing research into stereotyping in advertising. It found that nearly half (46%) of the public want to see more older people in ads (rising to 56% among those aged 65+).

However, 44% of consumers also believe that the main reason why this demographic doesn’t appear in more ads is that they’re not attractive to audiences, while two-thirds (66%) of those aged 65+ actually believe society tries to ‘sweep them under the rug’.

There are certain stereotypes that older Brits find particularly galling. Around six in ten of those aged 65+ (62%) say the most frustrating one is that they aren’t tech-savvy, hinting at the potential of devices and platforms to polarise audiences. 57% are irritated by the cliché that older people are physically decrepit and a similar number (59%) even believe ads treat them as ‘having nothing interesting to say’.

A quarter (26%) of those aged 65 and over are also offended by the term ‘silver surfer’, which is commonly used by the marketing and media sectors to describe older audiences.

Sophia Durrani, managing partner, strategy at UM, comments: “It might seem obvious to suggest older people have interests that go beyond river cruises and funeral insurance, but this isn’t immediately apparent when looking at ads targeting them. Advertisers just don’t seem to recognise that offending a sizeable (and, let’s not forget, typically wealthy) slice of the UK population with crude stereotypes and assumptions, and even in how they refer to them, will not make this audience well-disposed towards their brands. The message here is that, while it’s possible to offend people through tactless, simplistic creative, you can also do so by not addressing people at all.”

The study also revealed that a fifth (21%) of Brits, rising to a third (33%) of those aged 65 and over, think perceptions have worsened over the past three years. It seems the Brexit effect may have some part to play, given that media coverage of older people is cited as the main culprit by 62% of those surveyed.

Durrani concludes: “Advertising, and the media more generally, is working harder to address stereotypical representations of women, but this is yet to filter down to other demographics. The proportion of people aged over 65 in the UK now stands at almost 20% and this market segment is growing every year. The older audience often has money to spend and yet the ad industry still seems content to pigeonhole them. Not only does this make little sense from a business standpoint, there’s also a broader societal perspective to consider, especially when this industry is guilty of stripping them of respect and aspirations. We need to remember there’s a truth to the phrase ‘ads form norms’.”

Two-thirds of older Brits feel they are stereotyped in advertising, according to UM added by newsroom on June 28, 2018
View all posts by newsroom →