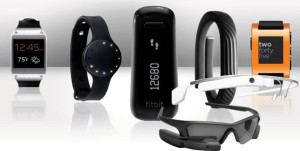 The next several years will continue to see double-digit growth in the number of Americans using wearable devices, according to eMarketer’s first wearables forecast. In 2015, 39.5 million US adults 18 and over will use wearables, including smartwatches and fitness trackers. That’s a jump of 57.7% over 2014. While penetration among US adults is just 16.0% this year, eMarketer expects that to double by 2018, to 81.7 million users.

eMarketer defines wearable users as those who wear accessories or clothing at least once per month that are embedded with internet-connected electronics and exchange data with a manufacturer or other connected device.

Wearables are currently most popular among US adults between 25 and 44, who are the most involved in the movement toward data and fitness tracking. In 2015, 25.1% of internet users between 25 and 34 and 23.1% of those between 35 and 44 will use one. By 2018, 49.9% of 25- to 34-year-old internet users and 47.0% of 35- to 44-year-old internet users will use a wearable device. Long-term, older Americans are expected to be a bigger growth driver, as more wearable health monitoring devices hit the market. Throughout the forecast period, US adults 65 and older will see the biggest growth rates every year for wearable adoption.

Even with solid growth rates, many consumers do not always see a clear or big enough value to motivate them to buy a wearable device. Shoppers are also price-sensitive. Because of these challenges, market penetration still remains low and will not grow as quickly as other device categories like the smartphone or tablet when they first launched. And with just 16% of Americans currently using a wearable device, advertisers have yet to fully embrace the new technology.

“The consensus among the experts we consulted was that advertising will not appear in volume on wearables until one or more of the devices attains significant market share, which makes sense considering scale is a critical aspect of digital advertising,” says eMarketer senior analyst Cathy Boyle.

One factor that could incite more consumers to buy a wearable is the development of more apps, which played a critical role in the adoption of mobile phones and tablets. Once wearables reach mass adoption, advertisers expect to connect with users through native ad formats.