By newsroom on April 26, 2013Comments Off on WPP Revenues Rise, But Below-par Performance From Branding Groups 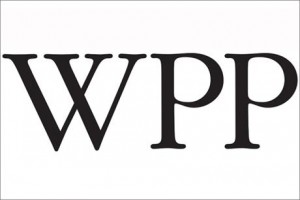 WPP has reported a 2 per cent rise in like-for-like revenues in the first quarter of 2013, saying that it ‘bucked market trends’ with a strong growth in the UK.

The group – which operates consultancies including Landor, Fitch and The Partners – reported revenues of £2.5 billion for the quarter, ahead of its budget.

Like-for-like revenues were up 3.7 per cent in the UK, based on strong performances in the advertising and digital sectors, but WPP says there was ‘pressure’ on the branding and identity sector.

WPP chief executive Sir Martin Sorrell told Design Week, ‘The three maxi-quadrennial events of 2012, the UEFA Football Championship in central and Eastern Europe, the Summer Olympics and Paralympics in London and last, but not least, the US Presidential Elections in November did underpin industry growth but not, perhaps as much as was thought, with client money being switched from existing budgets.

‘Both consumers and corporates are likely to remain cautious and risk-averse, but corporates should continue to invest in capacity and brands in fast-growth markets, and in slow-growth markets invest in brands to maintain market share, a they squeeze capacity.’

WPP Revenues Rise, But Below-par Performance From Branding Groups added by newsroom on April 26, 2013
View all posts by newsroom →