By newsroom on April 11, 2013Comments Off on WPP’s Sorrell Tops Richest In UK Marketing Sector 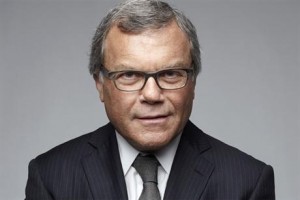 WPP CEO Martin Sorrell is reportedly the richest person in the UK’s marketing and communications sector, with an estimated worth of $320 million, according to London’s Sunday Times. The publication is printing its annual “Rich List” April 21.

Word of Sorrell’s position on the list, first reported by Campaign Live, comes amid ongoing talks between investors and WPP over remuneration paid to Sorrell and other high-ranking executives at the company.

Those talks began sometime after last year’s annual meeting in June, when close to 60% of shares were voted against the company’s executive remuneration package.

It was the first time investors at a major ad holding company rejected an executive plan by majority vote. The vote was non-binding, although legislation has been proposed in the UK to provide investors with a binding vote on the matter of executive pay.

Meantime, WPP agreed to “consult” with investors. A company rep wasn’t available at deadline to provide an update on where those consultations stand. In the past, the company has supported Sorrell’s pay package, arguing that it is in line with what peer companies pay their CEOs.

For example, in 2011, Sorrell received around $11 million in total pay, while Omnicom Group CEO John Wren received about $15 million. Only 21% of votes were cast against the Omnicom pay package at the company’s annual meeting last May.

While WPP shareholders weren’t thrilled with Sorrell’s pay package last year, they did seem impressed with his on-the-job performance. He was re-elected to his position by a margin over 98% of votes cast by WPP shareholders.