By newsroom on September 13, 2018Comments Off on easyJet launches new multi-channel ad campaign via VCCP

easyJet, Europe’s leading airline, will launch a compelling pan-European, multi-media advertising campaign that brings to life the wonder of air travel and seeks to inspire viewers’ imaginations when dreaming about their next getaway. 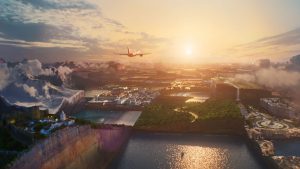 The engaging and uplifting film follows a plane in flight above the clouds, transporting viewers on a journey through the imagination of a passenger on board.  The film ends as Senior First Officer Diana Gomes da Silva flies off into the sun setting over a patchwork of European destinations, asking viewers to ‘Imagine where we can take you’.

The ad is set against the sounds of Cat Power’s, ‘Dreams’. The fully integrated, pan-European brand campaign launches on TV in the UK on 14 September during Gogglebox with all the media buying and planning being undertaken by OMD. 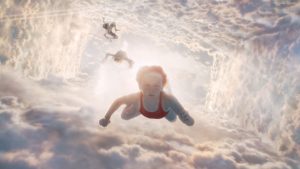 Created by creative agency VCCP, and shot by directors, Sacred Egg through Riff Raff Films, it is supported by a pan-European €12million media budget comprising of TV, Press, Cinema, Social and Digital Outdoor, with stills imagery by Thomas Prior.

Lis Blair, easyJet Chief Marketing Officer, commented: “This new brand campaign moves easyJet to a more emotional positioning as we continue our growth across Europe, using beautiful and imaginative travel imagery to inspire our customers. With over 1,000 routes our customers can reach so many great experiences across Europe, and this new campaign captures this with a moving and engaging creative concept.” 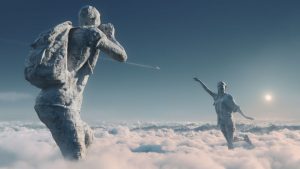 Andrew Peake, VCCP Chief Executive Officer, commented: “Working with the team at easyJet, we’re very proud of this latest campaign which brings a new and emotive take on the Generation easyJet idea. The campaign takes people on a flight of imagination as we inspire travel across Europe. It will run across Europe and will be integrated across all channels.”