By newsroom on June 21, 2018Comments Off on Iris unveils a hat trick of social film for adidas’ #HereToCreate World Cup campaign 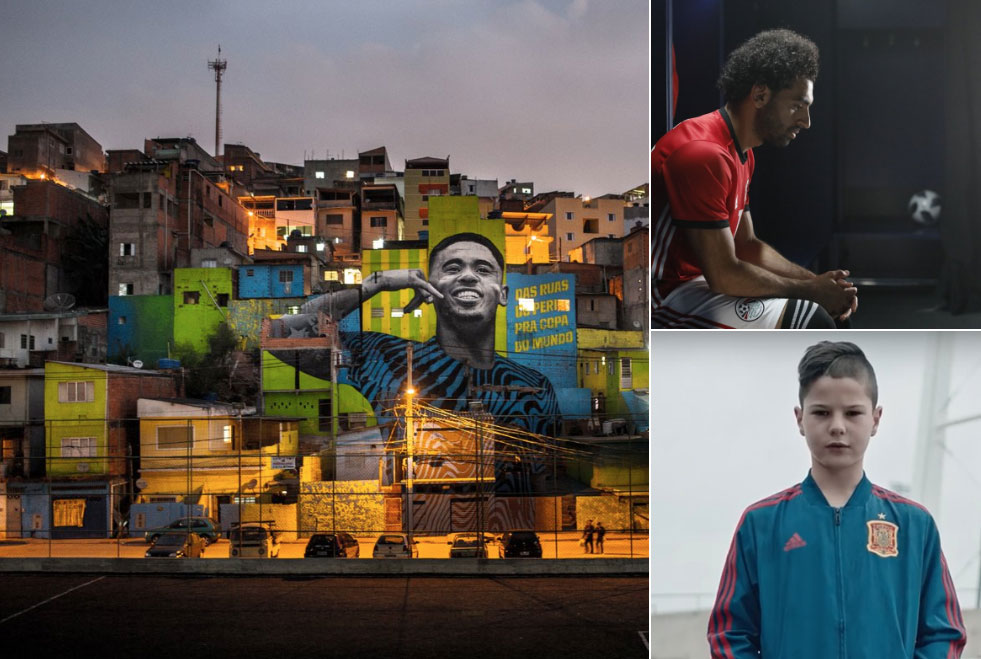 Iris has released three new videos for for their World Cup Campaign.

Liverpool and Egypt’s Mo Salah, Manchester City and Brazil’s Gabriel Jesus and the Spanish national squad are featured in these creative football-themed films, which are part of the brand’sÂ â€œCreativity is the answerâ€ proposition.

â€At the end, I owe my creativity to Jardim Peri. It’s what got me here.”

Four years ago, @gabrieljesus33 painted the streets of Jardim Peri.
Now, those same streets are painted to celebrate him. #HereToCreate pic.twitter.com/odqpSC4q2v

During the 2014 world cup, Gabriel Jesus was a 16-year-old kid painting the streets of his local favela town in support of the Brazil national team. Four years on, he is leading the front line for Brazil at the 2018 World Cup. This time, the streets are painted for him.

In collaboration with a local street art collective and the local community, Iris created a giant mural of Jesus over 20 houses in his hometown of Jardim Peri.

Creativity inspires a nation & brings people together. Mo Salah is the nationâ€™s heroâ€¦ and with a population of 100 million, Egypt relies on him to carry them through their world cup journey. The weight of 100 million compatriotsâ€™ hopes & dreams on your shoulders could break a man – Mo Salah sees it as a driving force behind him, the agency customised his boots in homage to that.