JD.com targets US customers with flagship store on Google

By newsroom on October 23, 2018Comments Off on JD.com targets US customers with flagship store on Google 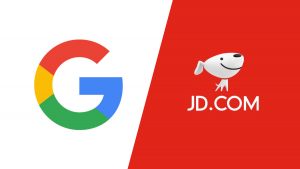 JD.com is set to launch a flagship store on Google’s shopping platform to target American shoppers. The online store, which will launch before the end of this year, will provide direct sales to US consumers in a bid to grow its presence in the market.

The move is the first since the two internet giants joined forces in June this year with a view to developing “next generation” retail services. The partnership, which also saw Google invest $550m into China’s second largest e-commerce platform, aims to give Google a foothold in the China market as well as helping it take on Amazon’s dominance in the online space.

JD.com has been selling products in the US via its partnership with retail giant Walmart. However, the launch of the Google storefront marks a ramp up in its strategy to grow in the market.

The move is part of the company’s global expansion plans which has also seen JD launch operations in Europe, South East Asia and Australia. JD.com is looking to compete with rival Alibaba, as well as a host of new niche competitors such as rising star Pinduoduo.

JD’s push into the US comes at an interesting time, as the US-China trade war continues to impact both countries. It also follows the recent arrest of the e-commerce giant’s chief executive officer Richard Liu in the US on rape allegations. Liu has not been charged.

The launch comes as Google’s China plans fall under the spotlight after leaked documents revealed Google had planned to launch its Chinese search engine within nine months.

The controversial Project Dragonfly has sparked backlash as it will need to be censored to comply with Chinese government regulations. Google CEO Sundar Pichai said last week that the search giant is taking “a longer-term view” about the launch.

“It’s a wonderful, innovative market. We wanted to learn what it would look like if we were in China, so that’s what we built internally,” according to a TechCrunch report. “Given how important the market is and how many users there are, we feel obliged to think hard about this problem and take a longer-term view.”

Pichai pointed out Google’s mission to “provide information to everyone,” which includes China, which is home to 20% of the world’s population.

JD.com targets US customers with flagship store on Google added by newsroom on October 23, 2018
View all posts by newsroom →