By newsroom on September 30, 2015Comments Off on Johnston Press launches new ad campaign to mark arrival of The Scotsman’s new look

The six-figure ‘Louder’ ad campaign will promote the redesigned newspaper as well as the new website and app. It will use many of the traditional advertising platforms such as print, digital, radio and the social tag #CanYouHearIt. There will also be a three week out of home advertising burst beginning on 5 October with marketing wrapped around the body of 100 taxis in Edinburgh and Glasgow. 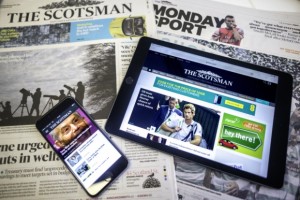 Additonally, a poem by Scottish poet Billy Letford is used in the video advertising part of the campaign. The Stirling-based poet was one of the first winners of a Scottish Book Trust New Writers Award in 2011 following his publishing deal with Carcanet Press for his first volume of poetry.

The Scotsman’s new website resembles that of The Guardian and is now “fully responsive”, meaning it will adapt to desktop, tablet and smartphone.

The design overhauls are also accompanied by a change in editorial direction as the newspaper announces that it will focus more on Scottish news and stories outside the wider UK. The video ad reflects the increased Scottish-centric approach to the new editorial line with lines such as “it’s the roar of a collective future” before closing with the headline for the campaign “can you hear it? It’s Scotland”. 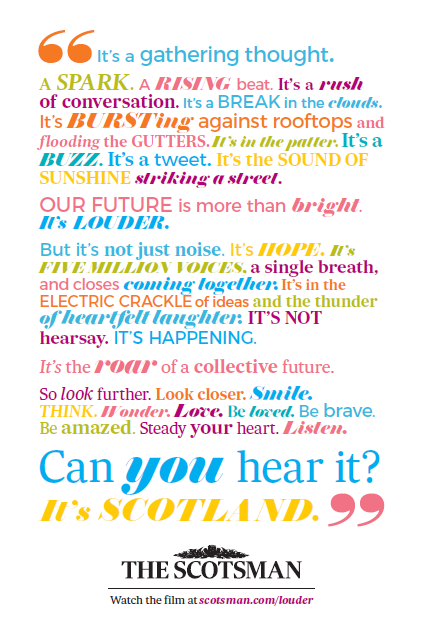