By newsroom on December 22, 2017Comments Off on PENNY brings 9,000 people together for Christmas with two tales of festive forgiveness

On 9 November, the German discount supermarket PENNY kicked off its Christmas campaign with the slogan “Christmas. Time to reconcile”. In keeping with the strong sense of neighbourly values central to its ethos, the local supplier announced that it wanted to use this method of communication to help bring people together for Christmas 2017. 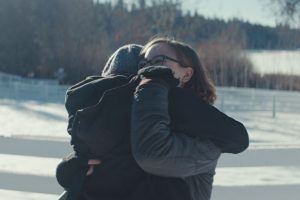 As well as the company’s film “Der Weg” (The Path), which so far has over 15 million views nationally and internationally, the competition was built around PENNY’s forgive-me wine campaign and focused on the ultimate goal of re-connecting estranged loved ones. The initiative was a huge success.

Stefan Magel, COO at PENNY, was thrilled with the results: “Our forgive-me wine and the idea to bring the concept of our Christmas film ‘The Path’ into the real world really resonated with so many people. It far exceeded our expectations. From 9th November to 3rd December we gave out 4,500 bottles, helping 9,000 people to forgive each other and come together. It was important to us to show that the campaign was a success and that not only did it reach so many people, it also inspired them to do the right thing and bury the hatchet. We are so pleased that we were able to document two of our most heart-warming stories of forgiveness.”

Vivien and Cedric’s forgiveness bridged the gap between Cologne and Kiel, while Madeleine and Jenny’s crossed the ocean from Tübingen to Vancouver. 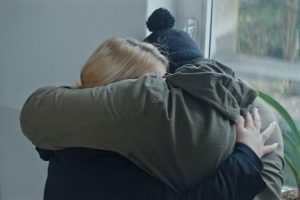 The people in the film are not actors – they agreed to invite the company into their lives and be part of the campaign. The two films were produced by “e+p films” and directed by Max Niemann.

Christoph Everke, creative director at the Serviceplan Campaign agency in Munich, the company responsible for the campaign, was pleased too, commenting: “Our Christmas film ‘The Path’ crossed over into real life for so many people. We are genuinely so proud.”

PENNY brings 9,000 people together for Christmas with two tales of festive forgiveness added by newsroom on December 22, 2017
View all posts by newsroom →