Sellers & buyers need to revisit assumptions on value of OOH sites, according to Huq

By newsroom on May 30, 2018Comments Off on Sellers & buyers need to revisit assumptions on value of OOH sites, according to Huq 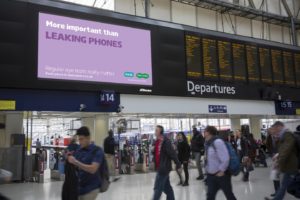 Research unveiled has shown that the most effective out-of-home (OOH) advertising spots often aren’t found in the most obvious locations. Media owners are undervaluing their inventory when it’s mapped against particular verticals. Similarly, media buyers could be opting for premium sites when their investment would deliver significantly better results at spots unlikely even to be on their radar.

Analysis conducted by real world market research specialist Huq found that, for example, the best billboard space in London for reaching ‘culture vultures’ isn’t in a high-profile West End location, it’s actually in Whitechapel, near the Jack the Ripper museum. Similarly, the most effective site for health and fitness brands to advertise can be found near East Croydon train station.

Huq measures day-to-day offline behaviours in a comparable way to using online measurement. For this study it identified Londoners that have exhibited demonstrable interest in particular verticals – in this case mapping 10,000 arts and culture enthusiasts and 10,000 and health and fitness fans. These audiences’ anonymised geo-behavioural data for three months was then overlaid on a map to pinpoint which OOH sites offer the best-value to these market segments by balancing visibility and size with pricing to create an effectiveness index.

According to the analysis, the top five most effective locations in the capital for brands looking to reach culture vultures are largely to be found in the East, rather than the West of London:

Conrad Poulson, CEO at Huq, says: “The way OOH is bought and sold hasn’t really changed significantly in many years and currently there’s no real objective method of validation for agencies buying the ad space. Media buyers might assume that if you want to catch the attention of high net-worth culture vultures then the optimal sites for this would be in and around Theatreland, where the cost of ad space will be astronomical. However, most of the people that do see it could well be passing tourists and may not have any interest. Actually, the brands in question would probably derive much more value from their spend by investing in multiple sites outside of central London, notably the places from where their key audiences commute into town. East London is a prime example.” 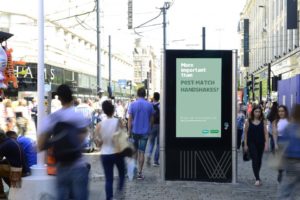 Similarly, the analysis found that the top five OOH sites for health and fitness advertising are all in the suburbs: two are in Croydon, one in Walthamstow, one is in Kingston upon Thames and one in Merton.

Poulson comments: “There are much higher concentrations of gym goers living in the suburbs than in central London. This suggests fitness brands would be better advised to put their spend into advertising local gyms than on generic campaigns in the city centre. CMOs expect data to inform each investment decision they make – and in real-time – in almost every advertising sector, except it would appear in OOH. An analytics-led approach would also empower media owners to offer more impactful, tailored packages to customers looking to reach specific audiences. it’s high time the outdoor sector caught up with the rest of the industry in how it employs data, after all this would be a win-win situation for vendors and buyers alike.”

Sellers & buyers need to revisit assumptions on value of OOH sites, according to Huq added by newsroom on May 30, 2018
View all posts by newsroom →