By newsroom on December 1, 2015Comments Off on Sexting emojis get it on in Y&R NY and MTV’s ‘safe sexting’ PSA

In a bid to generate conversation and awareness in the fight against HIV and AIDS this World AIDS Day (1 December), the MTV Staying Alive Foundation and Y&R New York have teamed up to create “Sext Life”, a tongue in cheek, faux-raunchy short film that brings sexting emojis to life in situations that would be X-rated – if they weren’t being acted out by giant emojis. 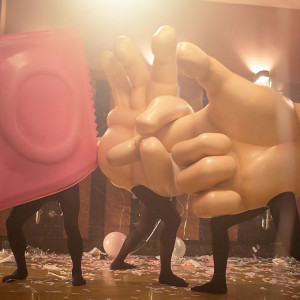 The “Sext Life” PSA is directed by Oscar-winning film editor Angus Wall and produced by his Elastic/Pecubu Productions. Director of Photography is Jason McCormick and the life-sized emoji costumes were created by Casey Storm.

As part of the “safe sexting” campaign, MTV SAF and Snaps have created a SafeSext keyboard featuring various condom emojis, so that teens can have conversations about safe sex in texting’s native language. The SafeSext emoji keyboard is free to download on iOS and Android.

Sexting emojis get it on in Y&R NY and MTV’s ‘safe sexting’ PSA added by newsroom on December 1, 2015
View all posts by newsroom →