By newsroom on September 6, 2017Comments Off on Snapchat’s not just for kids any more, says new research by UM 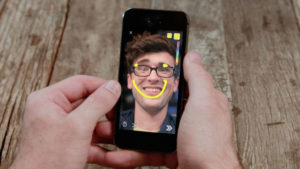 Brands using Snapchat to reach teenagers could be misguided according to new research, which finds that only 14% of users aged 16-24 use the app to find new products and brands to try. However, that figure rises to one in five (21%) among users aged 25-34.

The findings come on the eve of Snapchat’s fifth birthday in September, and as its parent company reports slowing growth as it looks for ways to make life easier for advertisers.

The research was carried out among 2,500 UK consumers aged 16 and above by media agency UM. It forms part of the Momentous Book of Moments, an in-depth study of the UK’s online and social media habits.

Perhaps unsurprisingly, the study found that a large part of the social network’s attraction to younger users is its lack of appeal to older people: 40% of those aged 16-24 (and 43% of teenagers) admit they like using Snapchat because their parents aren’t on it. One in five 25-34-year-old users (20%) feel the same way. 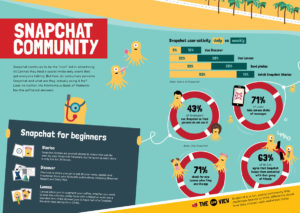 George McMahon, insight executive at UM, comments: “Although teenagers may be enthusiastic users of Snapchat because their parents are nowhere to be seen, they’re not as open to finding new brands and products to try that way. That might be youthful cynicism, but it may also signal a change in how brands use the network.

“Snapchat has said it’s looking to improve its offering and create efficiencies for advertisers. If its more receptive audiences are actually twenty- and thirty-somethings, advertisers using it to target teens may have to reappraise their content strategies.”

The report further revealed that: 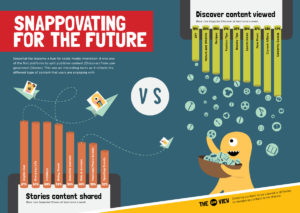 The study also found that older, 25-34-year-old millennials are also just as likely as their younger counterparts to use Lenses, and actually more likely to use Lenses to deliberately entertain their followers (53% of them do so, compared to 50% of the 16-24s).

Additionally, it revealed that younger users are the most likely to use the app’s other services: eight out of ten of those aged 16-24 contribute to their own Snapchat Stories (compared to 65% of those 25-34) and half (49%) use Discover (against only 32% of the 25-34s).

UK consumers were also asked which social networks they considered ‘boring and going out of fashion’. It seems that 14% are bored with Facebook (rising to 21% of 16-24-year-olds and even 18% of those aged 25-34 and 35-44) and 5% are tired of Twitter (10% of 16-24s). The popularity of image-led networks is also dropping with younger users, albeit at a much lower pace – 2% are equally weary of Instagram and Pinterest.

George McMahon continues: “As its recent financial figures have shown, Snapchat is in that awkward phase for social networks where it’s struggling to monetise itself. It has huge potential for brands, particularly if millennial users are bored with other social platforms, but it remains a platform on which marketers will have to find the right approach and balance.”

Snapchat’s not just for kids any more, says new research by UM added by newsroom on September 6, 2017
View all posts by newsroom →