By newsroom on May 10, 2018Comments Off on The Womb breaks Saregama Carvaan’s first TV campaign in India

Saregama launched its first television campaign for Carvaanâ€“ the new category-busting product that has already won rave reviews. The campaign by India creative agency The Womb, features three mother-child relationships across three television spots. All of them bring alive the joy, the elderly recipients feel when they receive Carvaan as a gift from their children. 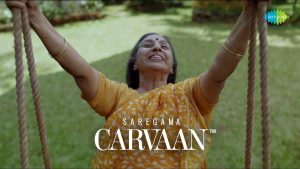 Commenting on the new campaigns, Vikram Mehra- CEO, Saregama said, â€œWe launched Carvaan last year, and the response from the market has been tremendous. This, despite the fact that we were still building our distribution penetration. In fact, Carvaanâ€™s early success has contributed to building our distribution infrastructure. And now that we are ready â€“ both on the supply side, as well as on the selling side, we wanted to start building nationwide awareness for what our little beauty can do for tired souls.â€

Vikram added, â€œAnd from day one, we have been clear about positioning Carvaan as a gift that todayâ€™s generation can give to their parents, and other elders in the family. And that was the brief that Saregama and The Womb jointly signed off on.â€

Navin Talreja, Founding Partner, The Womb, had this to say, â€œCarvaan is God’s gift to us – was one of the comments we heard in Lucknow. People shared their videos experiencing the product with us. We simply wanted to bring this product experience alive for the masses.â€ 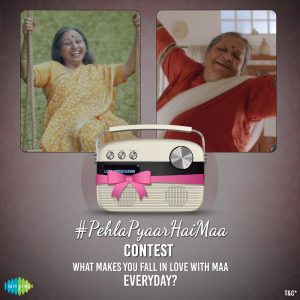 Kawal Shoor, Founding Partner, The Womb, added, â€œVery simple and hopefully charming on the face of it, this campaign was actually tricky to conceptualise. We had to keep reminding ourselves that while we may be besotted by our magic machine, which had garnered humongous coverage on social media, the average person in small-town India was not even aware of Carvaan. So our launch campaign had to do justice to what Carvaan is, and can do. And when you have a truly interesting, one-of-a-kind product, you donâ€™t need to get clever with the work. We simply wanted to bring alive the product effect, and through that demonstrate gratification â€“ both for the giver and the receiver of this gift.â€

Akshat Trivedi, Creative Partner, The Womb, said, â€œWith its 5000 song bank and Ameen Sayaniâ€™s Geetmala, Carvaan would appeal to all elders in the family. We just wanted to be sharper and focus on that most precious of all relationships â€“ that of the mother and her children. And hasnâ€™t she been the first love for every single Indian child?â€

Amit Sharma, Director, Chrome Pictures, â€œSaregama Carvaan is such a product that it gives you ideas. When The Womb came to us with the scripts, I was excited to do the films.Â We knew it would work if we could reach out to every son and daughter in the country. Which meant the artists needed to have the warmth and innocence that you find in a mother and they had to be from the era the songs were from. We chose three very catchy songs of different tastes and energy and made an attempt to stitch the performance, song and the product together.â€

The Womb breaks Saregama Carvaan’s first TV campaign in India added by newsroom on May 10, 2018
View all posts by newsroom →