Wimbledon launches illustrated OOH Campaign by McCann London, celebrating the idea that “History is There to be Beaten”

By newsroom on July 6, 2018Comments Off on Wimbledon launches illustrated OOH Campaign by McCann London, celebrating the idea that “History is There to be Beaten” 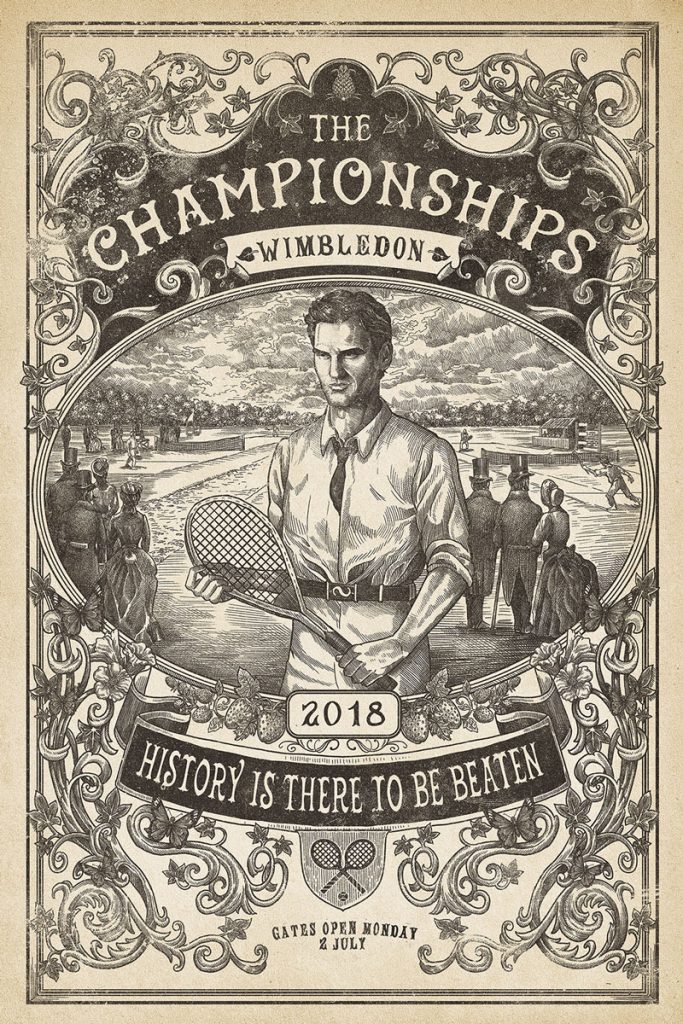 Created by McCann London, the ads will run on sites in and around the ground for the two-week duration of The Championships.

Themed around the notion that ‘History is There to be Beaten’, the ads feature players from this year’s tournament rendered in a variety of vintage illustration styles.  Each player is placed in a historical context, bringing to life the idea that true greats measure themselves not just against their peers, but against history itself.

The Roger Federer and Garbine Muguruza executions were created by Philip Harris of Agency Rush and feature original techniques used in Victorian and Edwardian print-making, while the Serena Williams execution was hand-painted by Bob Venables of Illustration Limited.

Creative Directors at McCann London, Rob Webster and Alexei Berwitz said: “Wimbledon is a tournament that doesn’t just celebrate history, it actively tries to improve upon it, year after year. These ads celebrate that attitude, shared by players and tournament alike.” 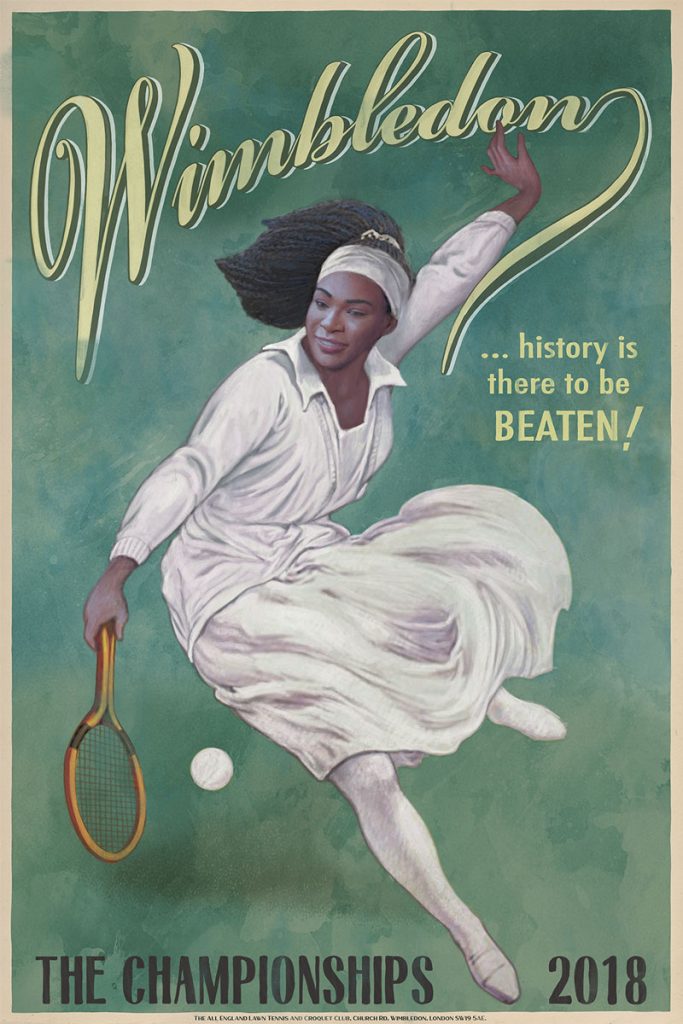 Wimbledon launches illustrated OOH Campaign by McCann London, celebrating the idea that “History is There to be Beaten” added by newsroom on July 6, 2018
View all posts by newsroom →