By newsroom on May 14, 2018Comments Off on 26% of the UK to switch off from viewing the World Cup once their team is knocked out 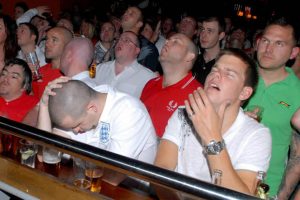 UK viewers will switch off from viewing the World Cup as soon as their team is knocked out, according to new research from media and technology company, Oath.

One in four (26%) people in the UK will not support any other team in the football tournament should their team leave the contest. Of eight countries surveyed, Brazilians are most enthusiastic about the World Cup games with 48% of fans saying they are passionate about watching their team and others.

Where will fans be watching the tournament?

While British teams still have a chance at winning the cup, the research shows traditional broadcast will remain dominant as the UKâ€™s main method of watching games. But there is a big opportunity in advertising against supplementary information and content in new formats outside of the big match schedule. While three in four (75%) viewers will be watching at home on TV, as opposed to just 1% on mobile, nearly one in four (23%) will be using their phones as the main way of seeking out additional information.

33% of UK fans stated that they would be interested in on-demand replays, 18% would like to see 360Â° virtual reality stadium tours, and 15% want to see a tabletop augmented reality version of the game. However, the UK wonâ€™t be truly engaged in World Cup tournament fever until kick off of the contest, according to 37% of those surveyed.

Stuart Flint, VP EMEA at Oath said: â€œBrands only have a small window where they can grab consumersâ€™ attention while games are on, so they need to look beyond matches and engage fans seeking out supplementary information including stats, replays and interactive experiences. While some British fans will switch off from TV once their team is out of the running, theyâ€™re still likely to be keeping tabs on contextually relevant content throughout the competition.â€ 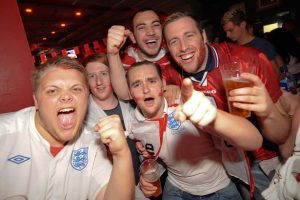 In the UK, the data shows that immediate brand recognition is fairly low â€“ with 40% of Brits not able to name a single World Cup sponsor. But the big names continue to shout louder than the rest. Coca Cola is particularly dominant.

â€œUnderstanding where your audience will be on the run up to and during games is essential when planning a campaign around a tournament like the World Cup. Conveying messages in a creative way across relevant content for consumers is the way to cut through the noise.â€

26% of the UK to switch off from viewing the World Cup once their team is knocked out added by newsroom on May 14, 2018
View all posts by newsroom →