By newsroom on August 25, 2017Comments Off on Clear Channel International partners with the UN to raise awareness of civilian casualties during war 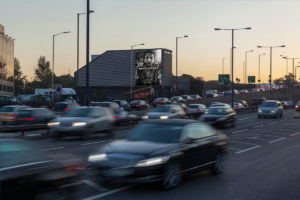 Clear Channel International (CCI), one of the world’s largest outdoor advertising companies, has partnered with the United Nations (UN), providing a wide variety of prime digital out-of-home (DOOH) advertising space across 16 markets worldwide for the UN’s global humanitarian #NotATarget campaign. The campaign ran from the 16 to 19th August, and aims to tackle the targeting of civilians in war.

Recognising DOOH’s scale of reach and audience targeting capabilities, global marketing and advertising agency VML worked with Clear Channel International to amplify the campaign by contextualizing creative, ensuring the most relevant messages ran across a range of locations and within best practice guidelines.

Throughout the duration of the #NotATarget campaign, Clear Channel International’s DOOH screens hosted a number of thought-provoking and impactful UN creatives in real-time across some of Europe’s largest capitals and city street furniture.

“Our campaign this year is about helping people understand that they can play a role in influencing significant change in the world, and that their voice is important,” said Amanda Pitt, Communications Director for the UN’s Humanitarian Affairs Office. “To achieve this, we need to reach audiences and places where our messages will strongly resonate. Clear Channel International offered a global digital out-of-home presence and the experience to pull off such a targeted campaign. We are very grateful for their generous donation of a proportion of the screens used to make this possible.” 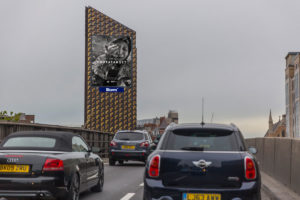 Clear Channel International also supported VML, who developed the conception of the creative, by providing expert counsel to the UN campaign on how to deliver impactful outdoor advertising through contextual placement that reaches the right audience within the campaign’s timeframe and target markets. Fundamental to this is Clear Channel International’s audience data and analytics tools.

“Thought-provoking messages combined with impactful images have always been the fundamentals of successful outdoor campaigns”, said William Eccleshare, Chairman and CEO, Clear Channel International. “These characteristics are at the heart of the UN’s campaign, making it so powerful. We are proud to have been able to provide our industry-leading digital advertising space and technologies to help the UN’s campaign reach as many people as possible. Hopefully we have been able to contribute to their mission to make the world a safer and better place.”

Clear Channel International’s support for this campaign is part of the company’s on-going commitment to support charities and local causes within its markets.

Clear Channel International partners with the UN to raise awareness of civilian casualties during war added by newsroom on August 25, 2017
View all posts by newsroom →