By newsroom on September 19, 2018Comments Off on JKR Unveils the Creative Behind Metallica & Dave Pickerell’s Sonically Finished American Whiskey, Blackened 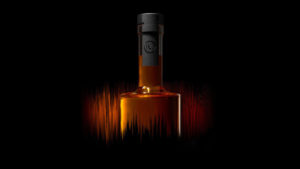 In partnership with Sweet Amber Distilling Co, Pickerell and Metallica came together to a create the sonically infused new American whiskey, using Metallica’s music to shape the liquid’s profile, a process named Black Noise (patent pending). The partnership is based on shared stories of craftsmanship and mastery with common themes of perseverance and passion.

The creative concept “Hands of the Master” became the center of the brand story. As agency of record, JKR led the creation of the full brand concept, visual identity, brand voice as well as the campaign including a brand film, social content and OOH. The agency partnered with Director Evan Dennis, Acne Studios and Sequoia Films to direct and produce the collection of launch content. 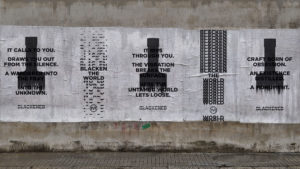 The visual story is showcased in an anthemic film that captures the work, routines and tools that go into the mastery of craft, for both the band and the whiskey makers. The campaign film was shot on location in Stockholm, Sweden and Bardstown, Kentucky, capturing moments with the band as well as the Whiskey distilling process.

Tosh Hall, Global Executive Creative Director, JKR, commented: “It’s not every day you get the opportunity to work with two industry titans like Metallica and Dave Pickerell to create a new-to-world brand from day one. Forged by sound, Blackened breathes new life into the band’s legacy; inspires the bold and challenges conformity.” 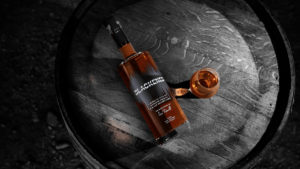 The whiskey’s name comes from the Metallica song, but also encapsulates the ethos of the entire enterprise.

“Working in collaboration with Dave Pickerell, Metallica and JKR’s exceptionally talented team was exciting, rewarding and quite inspirational. The collective drive toward excellence was evidenced during every step of the process,” said John Bilello, Sweet Amber’s CEO.

Blackened is scheduled to launch this September and is available online in time for Metallica’s latest US tour. The launch includes a mix of events, tastings, concert activations and city campaigns starting in September 2018 and rolling out through 2019.