By newsroom on April 18, 2016Comments Off on MRM Meteorite Brings London Air Pollution to Life with ‘Light the Way’ Street Light Film

Integrated agency MRM-Meteorite, in partnership with Drayson Technologies, transformed the street lights of a South London suburb into air pollution sensors in a visually stunning film to put the world’s greatest environmental health risk in the spotlight.

MRM-Meteorite’s ‘Light the Way’ project took place recently at Waveney Avenue, Peckham Rye. Street lamps on the road were lit in red and green to indicate which areas of the 200m long street had high or low air pollution levels. The project was designed using the innovative technology developed by Drayson Technologies, bringing to life CleanSpace, their new app that helps you minimise exposure to polluted air by showing you the cleanest route to travel. 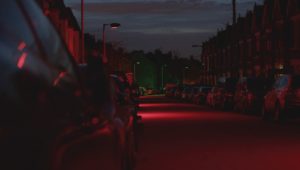 Street lights were fitted with a CleanSpace Tag, the world’s first self-charging CO sensor, powered by Drayson Technologies’ Freevolt system. The Tags communicated to the lights via Bluetooth, using the CO data to change the colour of the street lights to red or green.

The resulting vibrant video, directed by Liam Winn, indicates that the air pollution levels of even a typical, quiet, leafy London Street on a light traffic evening can at times be considered surprisingly high.

Hugh Bishop, Non-Executive Chair, Drayson Technologies and MRM Chairman said: “Almost everyone knows that monitoring your diet, exercise and stress levels can affect a person’s life expectancy but we seem to be ignoring the importance of clean air. ‘Light The Way’, with the help of Drayson Technologies, makes the invisible visible and demonstrates the fact that the quality of the air around us is just as important as the food we eat.” 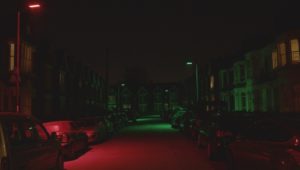 Andrew Day, Creative Director, MRM-Meteorite said: “As a dad and a cyclist, it’s a rare honour to create work that raises awareness of the most pressing health challenge we all currently face, and point towards a solution that is free for everyone to use. With ‘Light the Way’ we hope that everyone who sees it will be moved to action by getting the free app, and starting to take back control over the air we breathe.”

MRM-Meteorite collaborated with production company MoreMilk to bring this project to life.