By newsroom on June 29, 2015Comments Off on Space creates headlines with ‘Wimbledon Awaits’ campaign for 2015 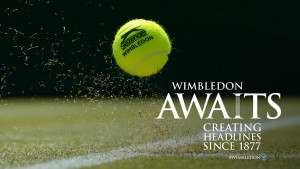 The All England Lawn Tennis Club (AELTC) launched a new campaign, created by Space, to welcome visitors to SW19 and this year’s Wimbledon Championships. Space has developed ‘Wimbledon Awaits’ to build excitement and anticipation by showing how the Championships have created headlines through history and continue to do so.

The work uses inspirational imagery from the amazing Wimbledon archives with the theme of ‘Wimbledon Awaits – Creating Headlines Since 1877’, tracking the iconic moments that made history right up to the 2014 tournament and looking forward to new headlines in 2015.

A range of media placements will include traditional outdoor media sites, free standing displays, structural walkways and gateway arches. Working in partnership with the AELTC an online campaign uses Facebook, Twitter and Instagram amongst others. 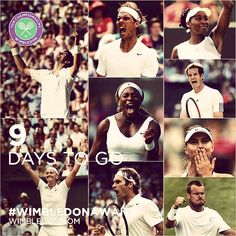 Pinpointing 12 key events in the Championships history from the creation of the Wimbledon colours of green and purple in 1909, through legends such as Bunny Austin, Billie Jean King, Bjorn Borg and Arthur Ashe, through to Andy Murray’s triumph in 2013, tennis lovers can see how Wimbledon has changed with the times, retaining tradition, but leading the world in technological and sporting advances.

The beautiful images are combined with variations on the ‘Wimbledon Awaits’ theme, such as ‘Fashion Awaits’ for the first appearance of shorts on Centre Court, ‘Play Awaits’ showing the first use of Centre Court’s retractable roof, and ‘The World Awaits’ when, in 1937, Wimbledon was first shown on TV. Ultimately, Wimbledon audiences will be shown how the emotion and anticipation of The Championships has always been a powerful and compelling force behind the event and will continue to be with their participation in 2015. 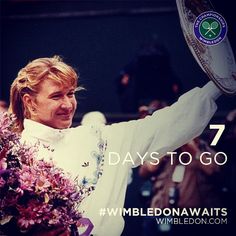 Wimbledon awaits can be found across multiple touchpoints and channels. Visitors will encounter the campaign from the moment they exit the trains and Tubes at Wimbledon and Southfields stations and the experience will continue as they get closer to the grounds. The hundreds of thousands of tennis fans who queue for tickets will also experience the campaign in the, queue, walkways, and the Championship Lawn which plays host to Wimbledon Partners outside the main grounds. In addition, the campaign counts down to the first day on social media using key moments in history, for example, “7 Days to Go; #wimbledonawaits; is Steffi Graf, a seven-time #Wimbledon champion, the best ?”

The Wimbledon Awaits campaign has evolved every year since its first appearance in 2013, building its footprint around the Championships, and now evolving into online channels and social media. Visitors have adopted the #WimbledonAwaits hashtag in their own posts around the Championships and this has built the appetite for greater integration in 2015. 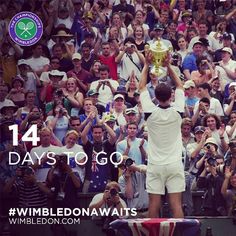 James Ralley, head of marketing and commercial at the AELTC, said: “Wimbledon Awaits sums up everything we want to say in the lead up to the Championships, creating anticipation, desire and talkability. In 2015, the idea has built exponentially to show the ongoing tradition and reputation of the Championships for creating headlines that capture the imagination of the world.

“The beautiful imagery taken from our archives builds that sense of excitement and drama that Wimbledon is renowned for. Space has once again excelled to create an emotionally-charged campaign which will bring memories to millions of fans and visitors, whilst creating new ones today.” 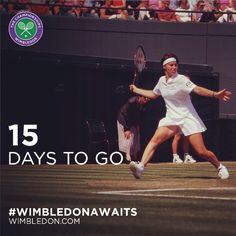 David Atkinson, managing partner at Space, said: “We are very proud to create the Wimbledon Awaits campaign and to be able to evolve the campaign for 2015. To be able to reflect on the thrilling history of the Championships whilst imagining the bright future ahead has been an exciting challenge set by the Club, an ambition which we have shared and celebrated.

“Tennis fans have a very intimate relationship with Wimbledon which we have understood when creating the work. Through every touchpoint around the Championships, we hope that the campaign will add to the excitement for visitors, and they will take home many more memories of their own.”

Space creates headlines with ‘Wimbledon Awaits’ campaign for 2015 added by newsroom on June 29, 2015
View all posts by newsroom →