By newsroom on February 21, 2018Comments Off on Successful brands allocate 13% of media budgets to OOH, according to WARC’s Global Ad Trends 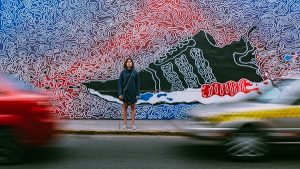 WARC, the international authority on advertising and media effectiveness, has released its latest monthly Global Ad Trends report, digesting up-to-date insights and evidenced thinking from the worldwide advertising industry, with a focus on out of home advertising. 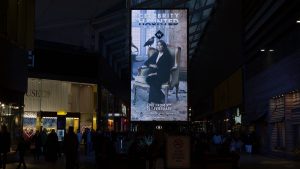 Budget allocation to out of home by successful brands within WARC’s case study database has averaged 13% over the eight years to 2016. OOH’s share has remained largely stable, which tallies with the channel’s share of global display advertising spend.

The report also finds that government and non-profit organisations (26% of budgeted spend), alcoholic drinks brands (16%) and retail brands (14%) are among the highest investors in OOH. 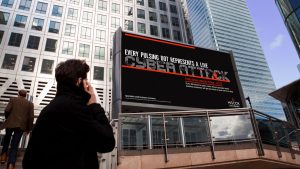 Out of home’s share of global adspend has steadily decreased since 2012, but is stable over the long-term.

OOH has accounted for an average 5.9% of global advertising spend since 1990. The latest verified data show that OOH adspend amounted to $31bn in 2016, a 5.8% share of the global total. Preliminary estimates for 2017 put spend at roughly the same level.

Excluding search, classified, and other spend, OOH accounts for 7.9% of the global display ad market. 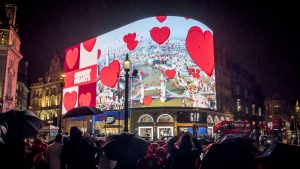 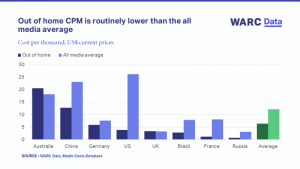 Data from WARC’s Media Costs Database show that out of home cost per thousand (CPM) in key markets is routinely lower than the all media average. Australia and the UK are the only exceptions.

The average CPM for an outdoor ad with an all-adult target audience in key markets is $6.41 compared to an all media average of $12.20 for the same audience.

UK consumers open to facial recognition for security purposes, but less so for marketing 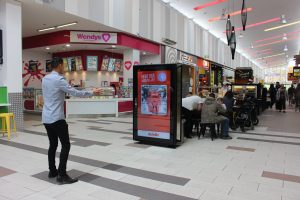 Facial Recognition Technology (FRT) is being trialled as a means of offering shoppers more targeted information in stores. In a recent national survey, WARC and Toluna conclude that UK consumers are open to the application of FRT for products and services as well as for security purposes, but do not find the concept of personalised marketing messages appealing.

Summing up, James McDonald, Data Editor, WARC, says: “Out of home is an industry staple, attracting a consistent share of successful brands’ budgets over the long term. The channel delivers affordable reach with CPM routinely below the all media average. Out of home is well-placed for future advancement with rising digital penetration delivering flexible creative informed by rich audience data. New tech, such as facial recognition, is being tailored to improve shopper experience, but advertisers need to heed consumer concerns.”

Global media analysis: A round-up of the importance of out of home advertising

Successful brands allocate 13% of media budgets to OOH, according to WARC’s Global Ad Trends added by newsroom on February 21, 2018
View all posts by newsroom →