By newsroom on April 26, 2013Comments Off on UK TV Advertising Spend To Decrease In Q2 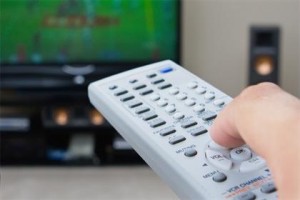 Media agencies have warned the TV ad market could decline by around 5 per cent year on year in the second quarter – a more severe drop in spend than had been expected.

According to estimates from media agency buyers, the UK TV market could fall by 2-6 per cent between 1 April and the end of June when compared with the same period of 2012.

The second quarter in 2012 was boosted by FMCG brands advertising early to avoid the busy period around Euro 2012 and the Olympics, followed by sponsors, such as British Airways, advertising ahead of the tournaments.

Due to the special events of last year, media agencies expected the market to show year-on-year decline in the second quarter, but sources suggested this has been more pronounced than originally forecast.

Although ITV is expected to struggle year on year in the second quarter due to the tough comparatives, the broadcaster’s performance will be stronger in July and August because those months were softer last year.

The estimates for a weak second quarter follow a strong start to the year, with TV adspend up around 5 per cent year on year in the first three months.

UK TV Advertising Spend To Decrease In Q2 added by newsroom on April 26, 2013
View all posts by newsroom →