By newsroom on May 1, 2018Comments Off on How DDB and BBVA Bank took Colombia’s breath away

On July 7th, 2017, Sofía Gómez, a Colombian athlete sponsored by BBVA bank, dived 84 meters into the sea to establish the new world record for apnea, a sport scarcely heard of and rarely practiced in the country. During her incredible underwater achievement, she successfully held her breath for 2 minutes and 45 seconds. 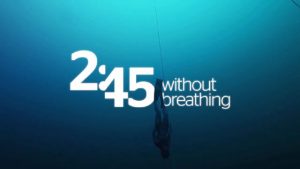 order to turn this record of a relatively unknown sport into a proud record of an entire country, DDB Colombia published an ad in the most important newspaper in the country, El Tiempo, which took the same time (2’45”) to read as Sofía spent immersed underwater during her record-breaking dive.

The ad challenged Colombians to read it while holding their breath, mark their own personal record on the page, and then post a picture to their social networks with the hashtag #BBVAconSofia (#BBVAWithSofia). The ad also invited people to visit a site where they could read the text online, mark the time they read till without breathing, and share their record to their social networks. 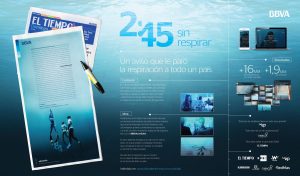 innovative campaign reached 1.9 million readers in 24 hours, achieved 16 million impressions on social networks in just one weekend, and was a trending topic for an entire day.

Leonardo Macias, Chief Creative Officer, DDB Colombia, said, ”The ad was created to celebrate the new apnea world record that was achieved by a Colombian athlete sponsored by the BBVA. The bank sponsors the athlete under the belief that everyone can have the opportunity of achieving their dreams. 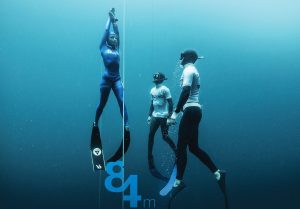 consists of immersing into the ocean while holding your breath, and that gave us the idea to let people feel what Sofía felt when achieving such a record. We decided to create an ad with a story that takes 2’45” to be read, and we challenged people to read through it while holding their breath. We thought that having people feel what the athlete felt would serve as tribute to the athlete herself, plus it would give importance to the sport within Colombians.

“The biggest challenge in creating the campaign was to get as many Colombians as possible involved in a record in a sport that not many people knew of, just through a single ad.” 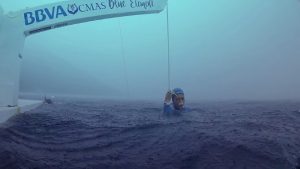 Cuervo, Marketing Manager at BBVA, said, “This execution exceeded our expectations. The brief was simply to create a press announcement where we shared the good news (the new apnea world record achieved by an athlete that BBVA bank sponsors), and we ended up having a trend topic ad that everybody in Colombia was talking about, engaging with the challenge, and sharing how far they were able to read.” 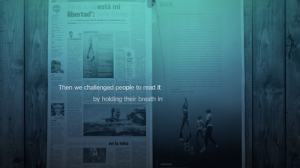 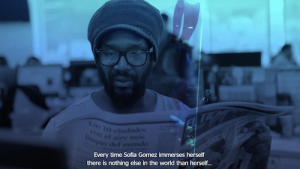 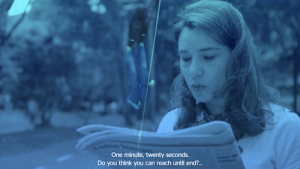 How DDB and BBVA Bank took Colombia’s breath away added by newsroom on May 1, 2018
View all posts by newsroom →