By newsroom on October 15, 2015Comments Off on Meetrics: Ad industry losing £1bn a year as a result of ads not loading fast enough 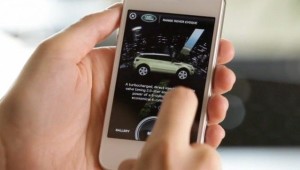 Ads taking too long to load are costing the UK advertising industry the equivalent of £1bn a year, according to the latest figures released by European ad verification company Meetrics.

The report by Meetrics found that around fifth of ads fail to load properly before a user has moved on, meaning they are never seen and represent a huge financial loss for advertisers.

Some positive news can be taken from the report however, the level of online ad viewability in the UK rose from 49 per cent in Q2 to 52 per cent in Q3. Surpassing the 50 per cent mark, meaning online ads served in the UK met the IAB and Media Ratings Council’s recommendation that an ad is considered viewable if 50 per cent of it is in view for at least 1 second.

While the figures show improvement, they still put the UK far behind some of its European counterparts. Germany’s viewability figures for Q3 were 61 per cent- a drop of 3 per cent from the previous quarter- and France saw a significant rise from 62 per cent to 69 per cent.

Reflecting on the report’s findings, Meetrics’ director of international business, Anant Joshi, said viewability levels were “heading in the right direction” as the industry increasingly gets to grips with the issue but warned that “there’s still a long way to go”.

“Based on the IAB’s latest digital ad spend report our data suggests about £260 million was wasted in Q3 on unseen ads – equivalent to over £1bn a year”, he added.

In order to catch up with the likes of Germany and France, the UK had to “increase web-page performance and ad serving systems, notably, to drastically reduce the amount of web browser redirects that go on behind the scenes before content is loaded.”

Other developments that the report flagged up were a rise in overall viewability levels, meaning users were engaging more with ads. The average time viewable ads- those meeting the 50 per cent/1 second criteria- rose from 29.5 seconds in Q2 to 31.2 seconds in Q3.

Meetrics: Ad industry losing £1bn a year as a result of ads not loading fast enough added by newsroom on October 15, 2015
View all posts by newsroom →