By newsroom on September 4, 2018Comments Off on New NSPCC TV ad highlights how one in five children have experienced abuse and neglect

A UK-wide television advertising campaign has been launched today by childrenâ€™s charity NSPCC highlighting how one in five children in the UK have experienced abuse and neglect. 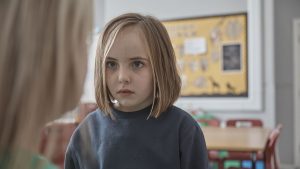 The campaign ‘Everydayâ€™ showcases the wide-variety of services the charity provides to hundreds of children every day to support their recovery from abuse; and to help prevent it from happening in the first place. The TV advert features real NSPCC staff and volunteers filmed in the service centres and locations where they work with children and families.

There is a particular focus on the charityâ€™s â€˜Speak out. Stay safeâ€™ service, which goes in to schools and equips children with the knowledge they need to protect themselves against abuse and neglect. It also empowers them to speak out when they feel something isnâ€™t right by encouraging them to tell a trusted adult or to contact Childline.

Heartbreakingly in the advert one woman who volunteers for the charityâ€™s primary school programme recalls the moment a child revealed to her she was being physically abused by her father. Through the advert the NSPCC is aiming to encourage viewers to donate to the charity so they can reach and help even more children. 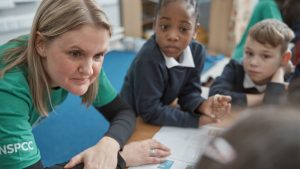 The ad was scripted and overseen by the Creative Team at the NSPCC, alongside production company 3angrymen, and will run throughout September.

Tessa Herbert, NSPCC Head of Marketing, said: â€œIn this advert we wanted to show audiences the huge variety of services we provide and highlight the crucial work being done by our staff and volunteers on the frontline. While we state that one in five children have experienced abuse and neglect we are also keen to stress its treatable and preventable. This is why we are encouraging viewers to donate, so we can keep our life-changing services running.â€

Several versions of the advert have been created with 20, 30, 40 and 60 second clips to appear on broadcast and online media. 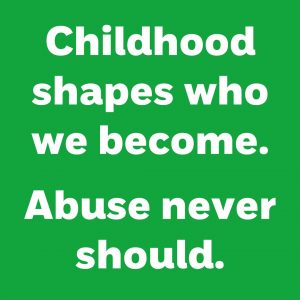 Thom Wood, Managing Director at 3angrymen said: “Having worked with the NSPCC for a number years, we knew that distilling the scale and scope of their work into a single film was going to be creatively challenging. We let ourselves be guided and inspired by conversations with real NSPCC practitioners and we were immediately impressed by the connected sense of purpose they all shared. The NSPCC are incredible at opening dialogues and so we based the scenes around four conversations which give you a peak behind the curtain, a glimpse into the multifaceted nature of what the NSPCC are doing on any single day. Casting people who actually work on the frontline of protecting children across the UK inspired our creative team throughout and lent the film an authenticity that shines through in the finished film.”

The â€˜Everydayâ€™ campaign will also consist of a partnership with The Guardian website, where a series of articles will feature the specialist therapeutic services and prevention programmes the charity provides.

New NSPCC TV ad highlights how one in five children have experienced abuse and neglect added by newsroom on September 4, 2018
View all posts by newsroom →