By newsroom on September 27, 2018Comments Off on War Child taps into 357 million unheard stories in 3D audio campaign with Spotify

Today, no less than 357 million children live in conflict zones. But, as so few of their voices are heard, it equates to around 357 million unheard stories. Many of which are stories of refugees. This insight inspired charity War Child and Amsterdam creative agency Being There to make a 3D audio campaign to highlight these stories. If people take the time to ‘Just Listen’, then the children – and their stories – become more than just another tragic statistic.

It’s a staggering figure: one in every six children in the world today is living in a conflict zone. These figures show a harrowing increase of 75% since the early 1990s, according to a report by Save The Children. The brief from War Child to Being There was to come up with a way to turn the child victims of war back into individuals – real people – as opposed to numbers. And to bring their stories to life in a way that’s visceral, but also authentic and sensitive. 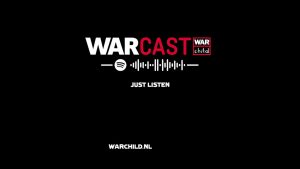 The result is ‘Just Listen’, a unique 3D audio campaign in partnership with Damien Rice and Spotify. The ‘Just Listen’ warcast was recorded with a special binaural microphone that creates a 3D sound effect, which gives the listener a sensation of being right there. It features true stories by real refugee children, re-enacted by Syrian refugee actors to protect the victims’ identity.

Rather than donating money, the campaign asks people to lend their ear, a moment of their time, and their sincere attention. Which isn’t hard, as the stories are gripping and immediately draw the listener in.

“We decided to use sound rather than images. As, regrettably, the faces of these children have hardly any effect on the public anymore. Images make people look away,” says Yona Hümmels, Creative Director of Being There Amsterdam. “In this day and age, where our attention is a precious commodity, audio provides a refreshing alternative. Audio is a very intimate medium, which offers a new way for people to engage with these stories of children from all around the globe. Children who should never be ignored. You can literally experience the journey from the point of ‘ear’ of refugee children.”

The first ‘Just Listen’ warcast features the story of Jasmine, an 8-year old Syrian girl from Aleppo, who flees her country by boat with her family. Although her name and certain personal details have been changed to protect her identity, the story is based on true events as told to War Child, and features actual quotes from the real-life protagonist.

“The sea was dark. We had to go by rubber boat. And the boat was very small. The boat master said that Kamal and Ilias couldn’t go. Mama cried and screamed.”

Audio is an increasingly important part of communication, with the rise in popularity of podcasts and online radio stations. A podcast is a mobile first medium – 69% of podcasts are consumed on a mobile device, with earphones in. Using earphones is the perfect way to experience the special 3D (or binaural) audio effect that was used to enhance the ‘Just Listen’ audio journey. 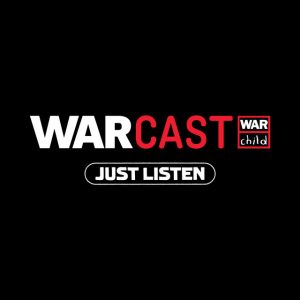 Kees Kroot, founder of Amsterdam based award winning recording studio Soundcircus and sound director of the podcast adds:  “The technique of capturing spatial sound, or binaural audio, has already existed for a while. But now that such vast numbers of people listen to audio through headphones, it’s suddenly become more relevant now, than ever before.”

“We used the 3D-technique to make sure that you really feel the story of Jasmine, and don’t just hear it,” Stef Jongenelen, creative director at Being There, explains. “It’s as if you’re right there with her. It draws you in as close as possible to what would otherwise remain a somewhat abstract and distant story. This way, it really gets under your skin and hits you right between the ears. We hope this audio experience will be one of many that can open the ears of people to important subjects that we tend to close our eyes to. And let’s not forget:  these children are part of our planet’s next generation.”

War Child taps into 357 million unheard stories in 3D audio campaign with Spotify added by newsroom on September 27, 2018
View all posts by newsroom →