World Cup to boost global adspend by US$2.4bn in 2018, according to Zenith

By newsroom on June 7, 2018Comments Off on World Cup to boost global adspend by US$2.4bn in 2018, according to Zenith 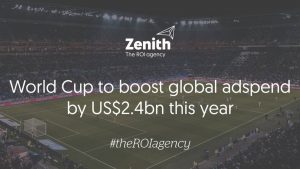 2018’s FIFA World Cup tournament in Russia will add US$2.4bn to the global advertising market, according to new research by Zenith. This will be the net amount of money added to the market, taking into account both the extra money spent by advertisers seeking to reach World Cup audiences, and any reductions in spending by advertisers that wish to avoid this competitive period. In the UK, the Cup will add an extra £40 million to ad expenditure in 2018.

The World Cup creates very valuable opportunities for advertisers. Television coverage of its matches attracts huge audiences across the world – about 3.5 billion people viewing at home in more than 200 countries – during a season when, in the northern hemisphere at least, television audiences are typically at their annual low point. 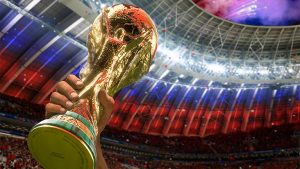 As well as producing large audiences – in some countries, the largest of the year – the World Cup disproportionately attracts people who are hard to reach on television: young, upmarket and mobile consumers who are more likely to spend their time outside the home and adopt the latest media technologies. For brands, the World Cup offers a unique opportunity to reach these consumers at scale, during shared public occasions they are emotionally involved in.

Because of the time zones in which the matches will take place, about 40% of the potential audience will be asleep when they are played. This means viewers will seek out alternative ways of viewing matches. While for some this may simply mean watching matches broadcast on time delay, or viewing time-shifted live matches, young sports fans in particular have become used to viewing small nuggets of games on social media. Social media will play a greater role in viewing the World Cup than ever before, but in moments rather than full matches. 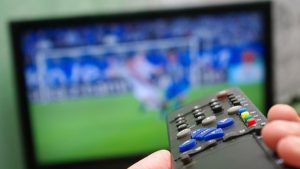 The matches themselves are only part of the story. The World Cup is great at starting conversations, and here social media will also play a vital role as fans discuss matches in real time and share their favourite moments later. The agency expect heavy paid social activity around the matches as brands seek to join the conversation.

The tournament will also create extra traffic for news and sports sites, and extra searches, so will boost wider online advertising beyond social media. Newspapers are likely to sell more copies during the Cup, and football-related out-of-home campaigns will be prominent, particularly around the stadiums where the matches take place.

The increase in UK adspend will be reduced by the fact that the broadcast matches will be split between ITV and the BBC. Not only will the BBC matches contain no advertising, but they will also take viewers from commercial channels. ITV will enjoy a substantial increase in adspend for the matches it does broadcast, however. And since internet advertising has a bigger share of the market in the UK than in any other country except Sweden (at 60% this year), the UK will benefit from one of the biggest proportionate increases in World-Cup-related digital adspend in the world. 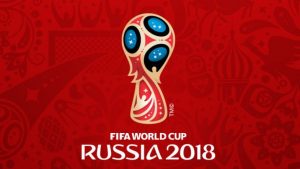 Russia will benefit from a US$64 million boost to adspend, representing 2.1% of all Russian advertising expenditure in 2018. As hosts, Russians will be particularly enthusiastic about the competition, and will enjoy the most convenient match scheduling – viewers in other time zones will have to watch at less suitable times of day.

The biggest increase in dollar terms will be in China, where Zenith expect the World Cup to generate US$835 million in extra adspend, or 1.0% of the entire ad market. There are few established brand relationships with the Word Cup in China, and this year advertisers have been aggressively bidding to establish their association with football. Some advertisers that had been planning to cut back their expenditure on television decided to increase it instead specifically to take advantage of the opportunities offered by the World Cup. So for brands in China this will be the most important World Cup yet, despite the absence of the Chinese national team. 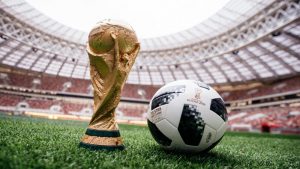 Zenith expect the US to receive a US$400 million boost to adspend this year. The US team’s failure to qualify for this Cup, for the first time in more than three decades, is likely to reduce audiences, particularly given the large time differences with Russia. So they think the event will boost the US market by just 0.2% of total annual expenditure this year.

“The World Cup provides a reliable boost to the global ad market every four years, and will be responsible for 10% of all the growth in ad dollars this year,” said Jonathan Barnard, Zenith’s Head of Forecasting and Director of Global Intelligence. “This year’s tournament will showcase the brand-building powers of both traditional television and social media.”

Mark Howley, Chief Executive Officer Zenith UK, said: “The World Cup has always had a huge impact on the global and UK advertising market, which is why we expect it to boost UK adspend by £40m. Digital adspend in the UK will benefit from one of the biggest proportionate increases in the world, which is a reflection of our changing media consumption as a nation.  Albeit, the biggest single factor influencing the accuracy of this forecast is the hardest to predict; how long England last in the tournament.”

World Cup to boost global adspend by US$2.4bn in 2018, according to Zenith added by newsroom on June 7, 2018
View all posts by newsroom →