By newsroom on March 12, 2018Comments Off on New research by UM shows the negative stereotyping faced by those with disabilities – and advertisers have to do better 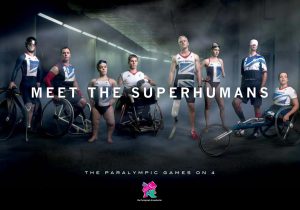 New research has revealed that extent to which the mentally and physically disabled are being harmfully affected by stereotyping in the UK – and the role being played by advertising and the media.

The mentally disabled are the most likely to be negatively stereotyped by society (64% think so, rising to 75% among those actually with a mental health condition), while more than half (52%) also think people with physical disabilities are adversely stereotyped.

The survey of 2,000 Brits was carried out by media agency UM as part of UK by UM, its ongoing research into stereotyping in advertising. It found that two-thirds (66%) of those with physical disabilities believe society tries to ‘sweep them under the rug’.

It also highlighted the vital role played by advertising and media when it comes to fighting these harmful stereotypes. Almost two-thirds (63%) of those with physical disabilities think that seeing more disabled people in ads removes the stigma around their community, while 54% wish that brands would be braver in showing ‘people like me’ in their ads. Seven in ten (71%) think it’s important that ads accurately and authentically reflect UK society. 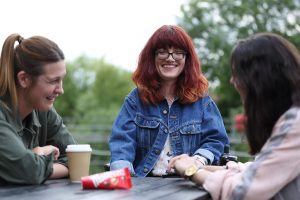 However, when asked why those with mental disabilities aren’t currently visible enough in UK advertising, 62% of Brits say it’s because they ‘make people uncomfortable’, while 43% say it’s because Brits aren’t exposed enough to people in this community.

Michael Brown, head of insight at UM, comments: “The disabled are perhaps the final frontier for UK advertising, the last remaining major consumer group in need of a more positive approach and less stereotyping. Some brands have begun to use those with physical disabilities in their ads, famously Maltesers, but there is clearly far more that could be done to build a more positive perception both of those people and of those with mental health conditions.” 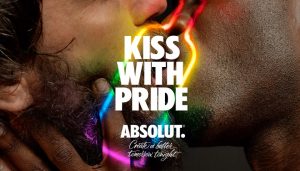 The study also revealed the strides that UK society and advertising has made in recent years when it comes to fighting other forms of negative stereotypes. Almost half (40%) think gay/bisexual men have become more positively perceived by society over the past three years, while 37% see a more positive perception of lesbian/bisexual women over the same period and 35% have noted a better attitude towards those identifying as transgender.

Seven in ten Brits (71%) think this positive change in perception for gay/bisexual men comes from a general opening-up of society, but more than half (54%) think more positive media coverage is responsible. Similarly, 53% see media coverage as the reason for a better perception of lesbian/bisexual women – and even more (64%) see it as a driver of positive perception for transgender individuals.

Brown continues: “Of course there is still far more to be done, but many big consumer brands are making strides to avoid harmful negative stereotypes for women and the LGBTQ community in their advertising. If they can do that, and help to improve public perception on the way, surely they can do the same to paint a more positive picture of people with disabilities?”

New research by UM shows the negative stereotyping faced by those with disabilities – and advertisers have to do better added by newsroom on March 12, 2018
View all posts by newsroom →