By newsroom on January 29, 2013Comments Off on The FAB Awards Name Daniel Bonner As Jury President 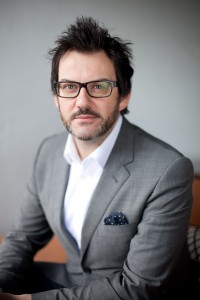 Daniel Bonner has been announced as the 15th Annual FAB Awards’ Jury President for the Advertising, Interactive and Digital categories.

Commenting on Daniel’s acceptance to chair the 2013 Panel, FAB Awards President N.Nayar said, “We are truly delighted to have someone of Dan’s calibre to Chair the Jury. Dan as a Creative and Dan as a Leader is as good as it gets. We look forward to continuing our tradition of attracting the very best to evaluate and applaud our industry’s best projects.”

Daniel joined Razorfish in 2011 as Chief Creative Officer, with a brief to focus on the creative leadership of Razorfish’s key multinational clients and to help realise the ambition of being the market leader in terms of creative excellence, talent, brand profile and positioning.

So influential were his efforts that less than 12 months later he was promoted to Global Chief Creative Officer.

Already during his tenure Razorfish has been awarded for work created in partnership with Audi, McDonald’s, Samsung and Unilever, as well as been recognized by Ad Age as the highest ranking digital agency in their A-List 2012.

According to Razorfish: “Daniel gets most excited when brands stop ‘talking’ and start ‘doing’, He strongly believes that organisations require a new generation of thinking, ideas, storytelling, interaction, digital products and utility driven services if they are to keep the promise they make to their audiences and play a meaningful and indispensable role in their lives.”

Prior to joining Razorfish Daniel spent 15 years as a key leader at AKQA, growing the business and working with a large number of the world’s top 50 brands.

As one of the worlds most awarded Creative Directors, Daniel made a significant contribution to AKQA’s numerous ‘Agency of the Year’ accolades, reputation as a prominent innovation business and status as a leader in the advertising industry.

As well as working with clients, Daniel been fortunate enough to produce design practice workshops for the Design Museum, London and to work with students via their education program.

He has also served as judge and chairperson for the leading UK, European and global creative award initiatives in the advertising and design industry.

In 2010 Daniel was recognised as the UK’s No.1 Digital Creative Director and in the same year invited to become a Fellow of the Royal Society of Arts in recognition of his work and overall contribution to excellence in digital advertising.

In 2012 he was invited to become an Executive Member of the International Academy of Digital Arts and Sciences (IADAS).

The FAB Awards Name Daniel Bonner As Jury President added by newsroom on January 29, 2013
View all posts by newsroom →